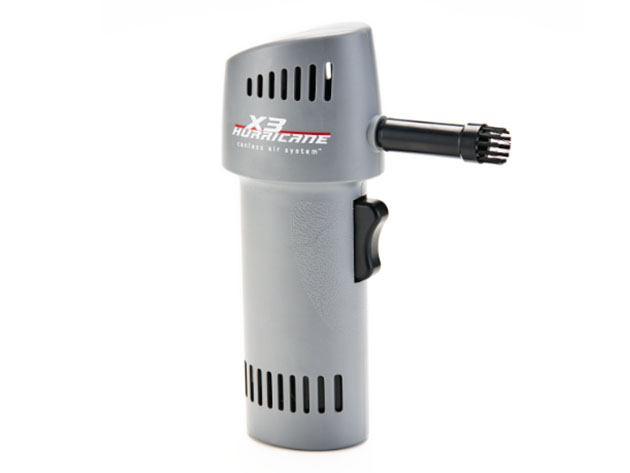 Canned air is a big help in dusting tight spaces, particularly keyboards, shelves or servers. But the first thing you should know about canned air is that it's not air at all. More likely, what's blowing out of that bottle is fluorocarbons or other mildly toxic substances.

Like canned air, this system is compact enough to tackle all your tight workspaces. And it's just as quiet, with a trigger that lets you control the power level - ideal for busy offices where you don't want your cleaning routine to disturb your workmates.

The big difference is that its motor uses the ambient air instead of some "canned" substitute, blowing it efficiently at up to 260 mph or more. Best of all, it's rechargeable and reusable, which a big advantage over canned air both environmentally and economically.

Speaking of economical, the X3 Hurricane Variable Speed Canless Air Duster is now on sale for almost 25% off the MSRP.