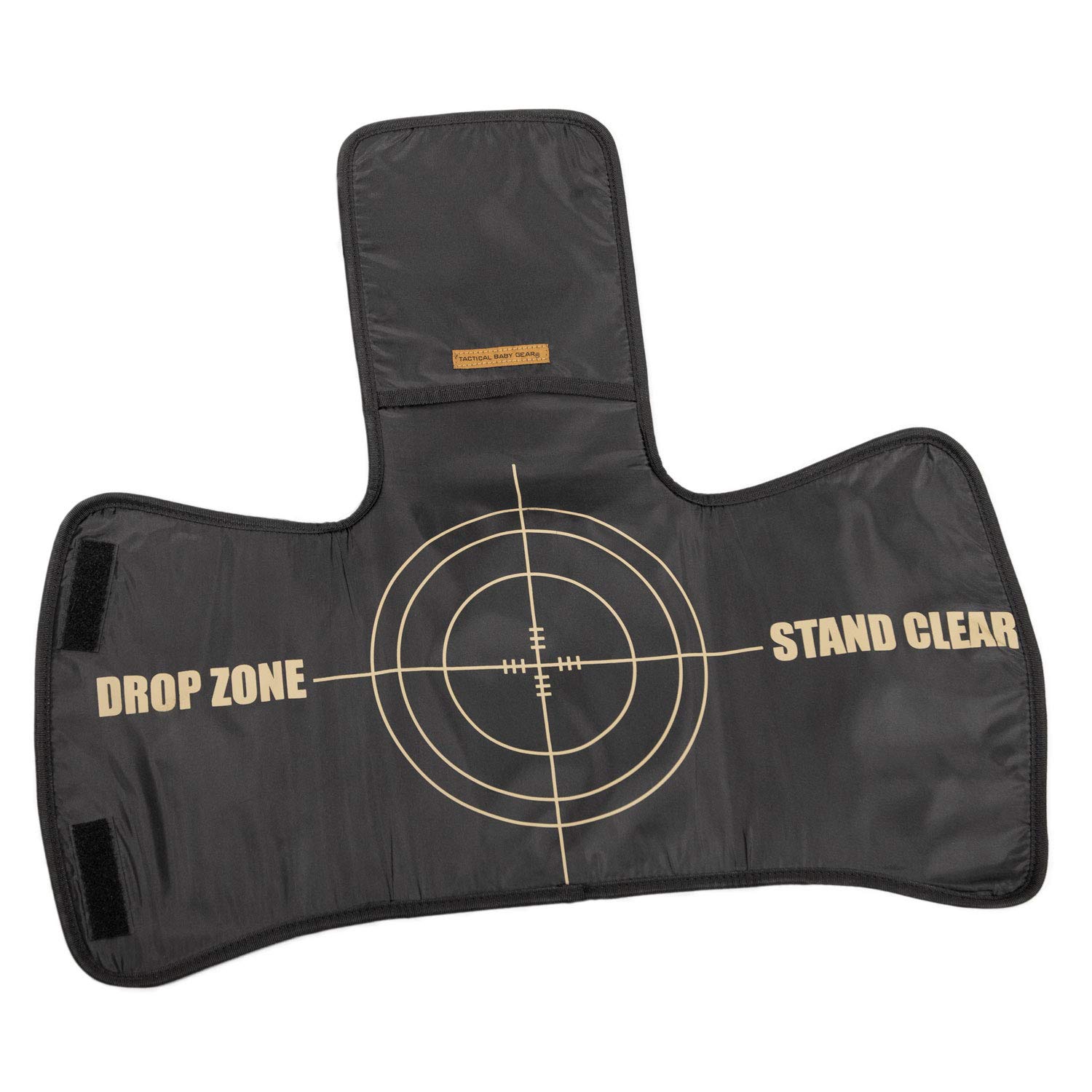 Available in black, camo, "coyote brown" and "ranger green", the tactical diaper mat [Amazon] turns any battlefield location into a "fully-fledged changing station". There are extra pockets for "cargo" and foam "armor" to help the operator survive any degree of excretory mayhem.

The mat is 12" by 24" open and 8" by 12" closed. It does not have any MOLLE attachment straps, but it does have a D-ring for attachment to carabiner clips or additional supplies.

When my daughter was little, I had a mirror leaning against the wall for her to look in. For a while, she thought she had a playmate and would interact with this “other” baby. She would laugh with it and sometimes even kiss it. It was adorable. So I had to chuckle when I saw […]