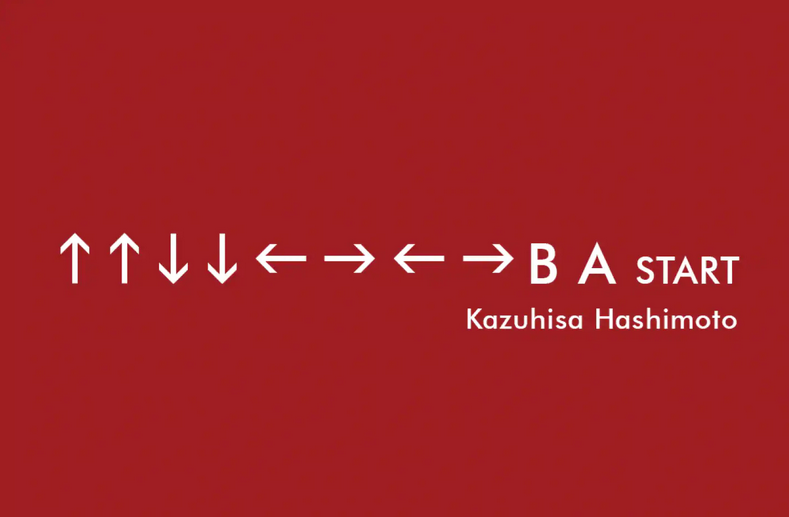 “Up. Up. Down. Down. Left. Right. Left. Right. B. A. Start. It’s the most famous sequence of button pushes in video game history,” writes Gene Park at the Washington Post.

His death was first announced on Twitter by his friend Yuji Takenouchi, a sound designer on games like Dark Souls. Konami, the Japanese publisher who employed Hashimoto, offered condolences on Twitter as well.

“We are saddened to hear about the passing of Kazuhisa Hashimoto, a deeply talented producer who first introduced the world to the ‘Konami Code,’” Konami said in a statement. “Our thoughts are with Hashimoto-San’s family and friends at this time. Rest In Peace.”

The Konami Code was first implemented in shooting game Gradius in 1986, a game that was famous for its difficulty. Hashimoto was responsible for converting the game from arcade to the Nintendo Entertainment System console, but found the game too hard to beat, so he created the code to give himself more lives. When the game finally shipped to homes, it turned out he forgot to remove the code altogether.

We are saddened to hear about the passing of Kazuhisa Hashimoto, a deeply talented producer who first introduced the world to the "Konami Code".

Our thoughts are with Hashimoto-san's family and friends at this time. Rest In Peace. pic.twitter.com/vQijEQ8lU2

Up Up Down Down Left Right Left Right B A Start is everywhere in modern culture, from Contra to BuzzFeed to Google to Fortnite.

It's the code that helped everyone win. https://t.co/XN9M4pyXD1