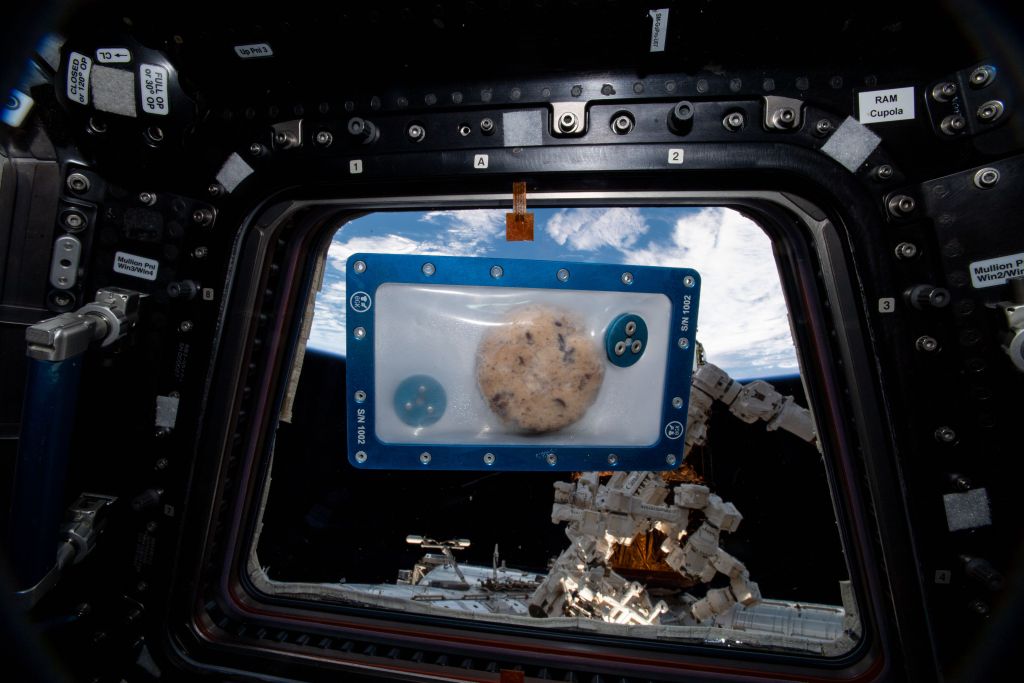 Last month, the first cookies baked in space returned to Earth. This test of a new oven designed for microgravity aboard the International Space Station was not only a delightful experiment but also an important one. After all, this was the first time astronauts cooked raw ingredients in space. And yes, the ISS did smell of fresh-baked cookies. From Space.com's interview with NASA astronaut Mike Massimino who consulted on the experiment back on Earth:

Further investigation and analysis of the experiment's results will also continue to answer questions, such as why the cookies took much longer to bake in space and why they weren't "poofy...."

"This is a big step in that direction for the future of exploration where we're gonna be off the planet for longer periods of time," Massimino said. He continued, adding that within the very near future we may be starting to build settlements on off-Earth location like the moon, and we will need to use specialized tech to ensure that the humans living off-Earth have access to good, nutritious (and delicious) food.

As far as what might be next for baking or cooking in space, Massimino had a couple of suggestions.

So what does Massimino want to see next? "The next thing would definitely be a pizza of some sort," he said. "Bagel bites or hot pockets of some sort." He added that it would also be nice for astronauts to have something they could "bite into … something big like a big cheeseburger or a big sandwich."