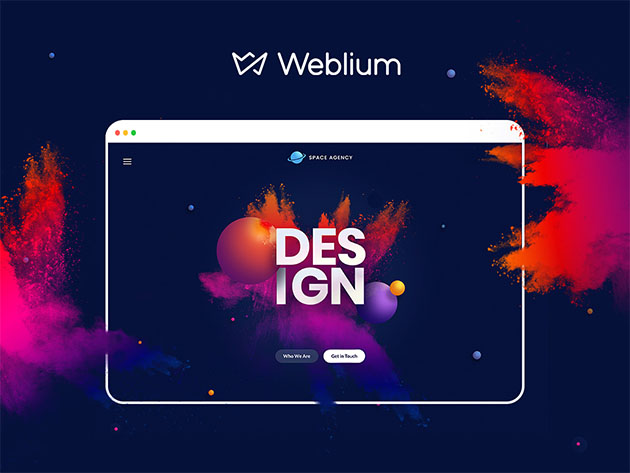 Website building apps are all about one thing — helping you craft a great-looking, fast-running website without having to mess with all that back-end code. However, nobody wants their site to look just like a template, so customization is all but a must. So how easy is it to make those changes and still not get sucked into the programming code weeds?

A lot simpler than you might think with the aid of services like Weblium Website Builder. A previous holder of a #2 Product of the Week ranking on Product Hunt with over 200,000 users around the globe, Weblium has carved out a place as a website builder that makes executing your specific vision of your website in detail with remarkable ease.

Getting started with Weblium begins with choosing from the more than 180 available site templates. There are 20 different site categories to sample, so you’ll pretty much always find a tone or style that matches the vibe you seek for your new site.

This is the stage where the nitty-gritty truly kicks in, and with Weblium’s block design aesthetic, it’s hyper-intuitive to just pick and choose from over 200 different drag-and-drop content blocks to position on your pages any way you like. The Weblium AI Design Supervisor offers dynamic edit capabilities, so you’ll always be able to see the exact changes you’re making to a block show up immediately in your build with no guesswork later.

Just add an FAQ section in one corner of your page, comments in another and maybe a social media feed along the right side — each move is as simple as point and click. Weblium site changes also adjust automatically to your platform, so any fixes you make to your site on a desktop will also snap into position for those checking out your site on a mobile device.

Weblium also packs a host of extra features, including advanced SEO settings, a 100,000-image strong graphics library and full control over every design element of your page, all without having to know a thing about coding.