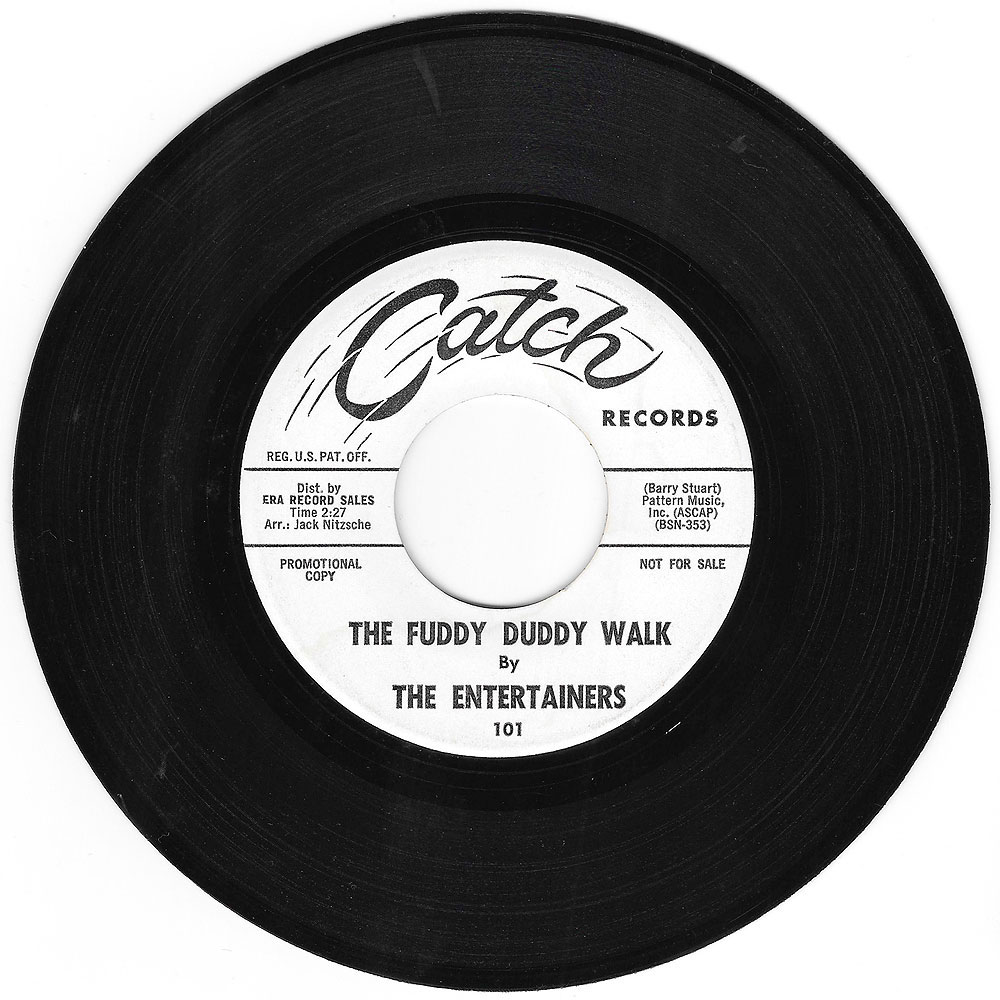 Jack Nitzsche was a legend in his own time; an arranger, producer, songwriter, and Academy Award-winning composer. His disparate discography includes collaborations with Phil Spector, the iconic 1966 Batman theme, titles by The Rolling Stones, Doris Day, Ike & Tina Turner, The Monkees, Glen Campbell, and the Ronettes, as well as several film soundtracks, including Performance, The Exorcist, One Flew Over the Cuckoo's Nest, and An Officer and a Gentleman. But one of his earliest known arrangements was for a song so unlistenable it isn’t even named on any of his published discographies.

The title dates from 1963, when a hit song that doubled as a dance craze was the holy grail of the Top 10. But not even the hand of Jack Nitzsche could get this eminently abrasive earworm, "The Fuddy Duddy Walk" by The Entertainers, to join the ranks of "The Twist," "The Mashed Potato," or "The Watusi." "The Fuddy Duddy Walk" is more like proto-punk dance craze anarchy, and it’s not hard to imagine a crowd of pencil-skirted and flat-topped teens covering their ears in buzzkill horror, stampeding from the dance floor and fighting their way to the nearest exit. It’s an aural assault strictly for music masochists, with a nearly unintelligible vocal that codes neither male or female, rock or soul, black or white. Just sweetly painful.