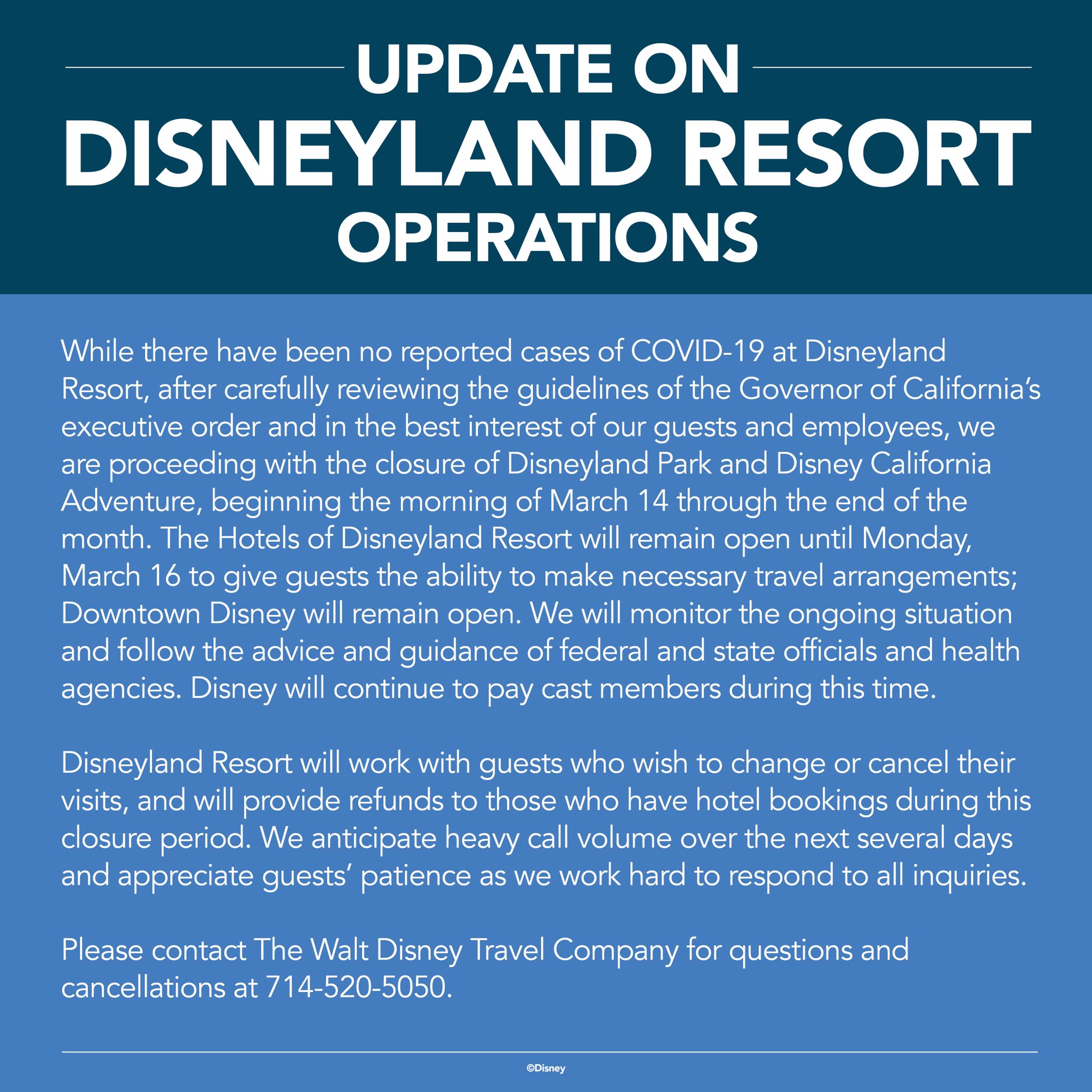 This is only the fourth time in Disneyland's history that park operations have been fully suspended.

No word on Walt Disney World in Florida yet.

The three previous times Disneyland Park closed were on 9/11, after the Northridge earthquake, and on a national day of mourning following the assassination of U.S. president John F. Kennedy.

JUST IN: Disneyland in CA closing as of Friday because of coronavirus. Only 4th time in history that operations have been fully suspended: 9/11, Northridge quake, nat'l day of mourning after JFK assassination

Disneyland in California is closing for only the fourth time in history https://t.co/YDkvOVFIZb