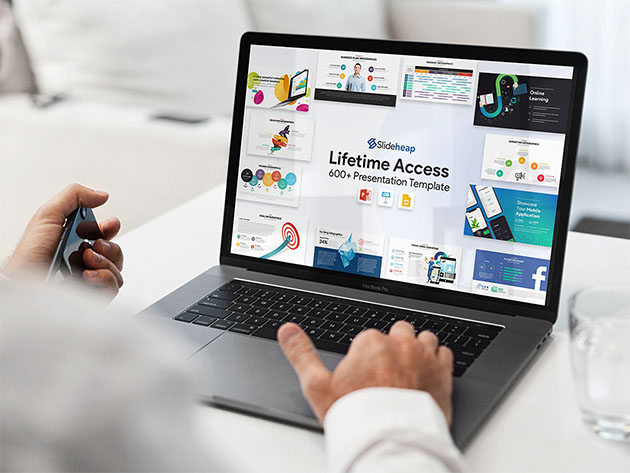 Let’s face it — Microsoft has held a hammerlock on the presentation software market for years. In fact, rough guesses estimate PowerPoint has been used for about 95 percent of all digital presentations ever since the late 90s.

So to say upstarts like SlideHeap are fighting their way upstream is a colossal understatement. However, that doesn’t mean it’s not a trip worth taking, because sometimes it takes a challenger like SlideHeap to challenge that dominance and raise the presentation game. You can check all that SlideHeap Slide Templates are bringing to the table right now at over 90 percent off for a professional plan at just $29.99.

SlideHeap wants to shave hours off the prep time you spend putting a digital presentation together with unlimited access to over 600 attractive, professional-grade infographics and other design elements that can be customized to just your specifications.

These templates all fit into 25 different categories, so whether you’re doing a sales pitch, an organizational breakdown, a SWOT analysis or just trying to impart the right information, SlideHeap gives you a full graphics set tailored to just your needs. In case you don’t have the artistic chops to craft your own stylistic flourishes of a particular graphic, SlideHeap still has you covered with more than 1,000 different icons, images and more to give every graphic just the right professional touch.

And once you’ve got those slides just the way you want them, you probably won’t have to think twice about how to present them either. SlideHeap exports come in an assortment of file formats to fit like a glove with all the major presentation software from PowerPoint to Keynote to Google Slides and beyond.

Getting a PowerPoint license is going to cost you over $125 for the lone app. But with this offer, you can score a lifetime of SlideHeap access for a one-time $29.99 payment.