Learn about electrical circuits, critical theorems, solar energy and more with this training 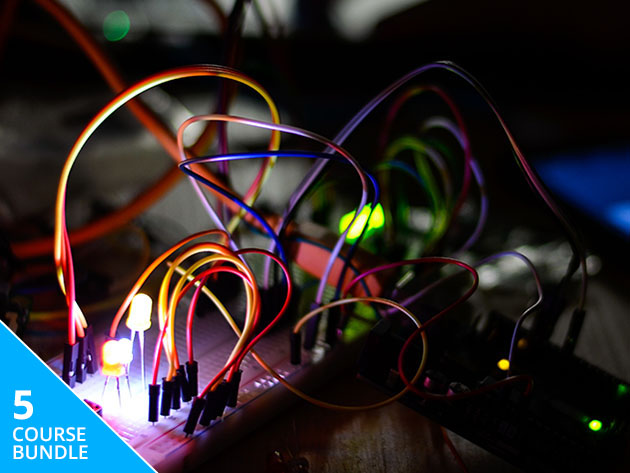 Careers in IT are diverse and varied, but one of the most important is one you may not have ever considered — just how do all those networks and systems and devices get all that power, anyway? The work of a smart, knowledgeable electrical power engineer is how.

Armed with the training in The Introductory Electrical Master Class Bundle, students will not only have a better idea about how all of our information systems stay juiced up but how electrical distribution works across buildings, cities and even countries as well as how the impact of new power technologies like solar energy can be applied everywhere.

Complete Electric Circuits Course for Electrical Engineering starts at the absolute ground level for beginners, walking learners through the basics of electrical circuits, critical theorems, capacitors, inductors and all the crucial background knowledge any electrical specialist needs before current ever starts flowing.

The Complete Electrical Substations for Electrical Engineering course expands that vision, outlining how power is distributed through area substations and all the components that make it happen from circuit breakers and grounding systems to transmission lines and main units.

The Complete Electrical Design Engineering Distribution Course starts applying those principles on a broader level, explaining how electrical engineers work out a building's lighting scheme from wiring to regulating to fixtures. You'll even use design and drafting software like Autocad and Dialux to start creating digital environments that will be ready to work in the real world.

Of course, some structures need more power than others and the electrical requirements for an industrially-heavy machine shop are far different than an average business. With the Complete Electrical Machines For Electrical Engineering, you'll delve into how various machines get their power, including introductions to direct current, transformers, synchronous and induction machines and more.

Finally, your training will also cast an eye toward the future with the Complete Solar Energy Course for Electrical Engineering. After this, you'll understand how photovoltaic (PV) cells work, their advantages and disadvantages and even how to design your own solar power grid.

You can move toward an electrical engineering career with this training package, a $1,000 value, now just $25 with this offer.

The Introductory Electrical Engineering Master Class Bundle – $25Power up for $25