Person admits to accidentally washing hands with cheese for days 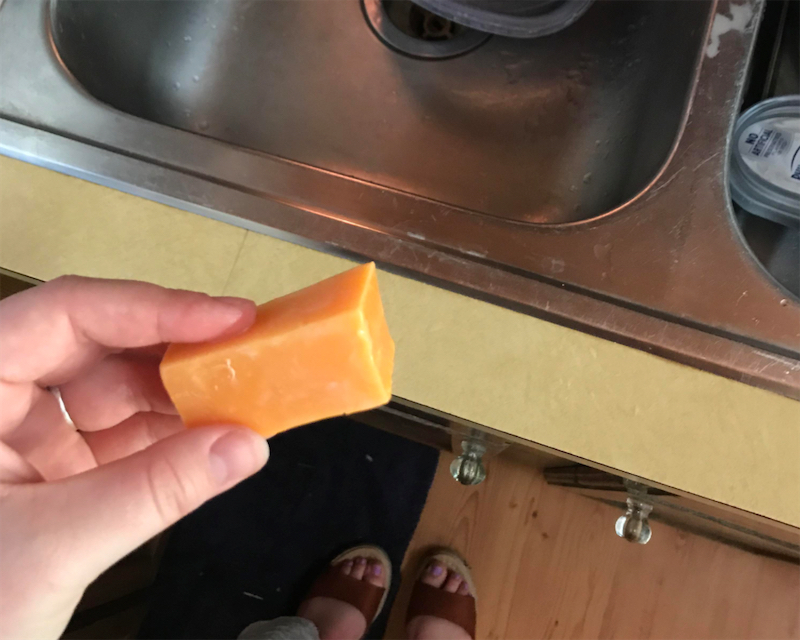 A Vancouver, Washington woman dutifully washed her hands frequently for several days before realizing it wasn't a chunk of soap by her sink. Rather, it was piece of Tillamook sharp cheddar cheese. From the Irish Post:

Sharing her sorry tale on Reddit, Miley explained how the cheese ended up being mistaken for a bit of soap after it was left out of the fridge following a drunken late night snack...

“It was a couple days of 'Why isn’t this foaming?!'

No word on how the soap tasted on a cracker.

Related: "I replaced my friend's fancy soap with a block of fancy cheese"