Apple’s AirPower may be dead, but the AirZeus is a worthy wireless charging alternative 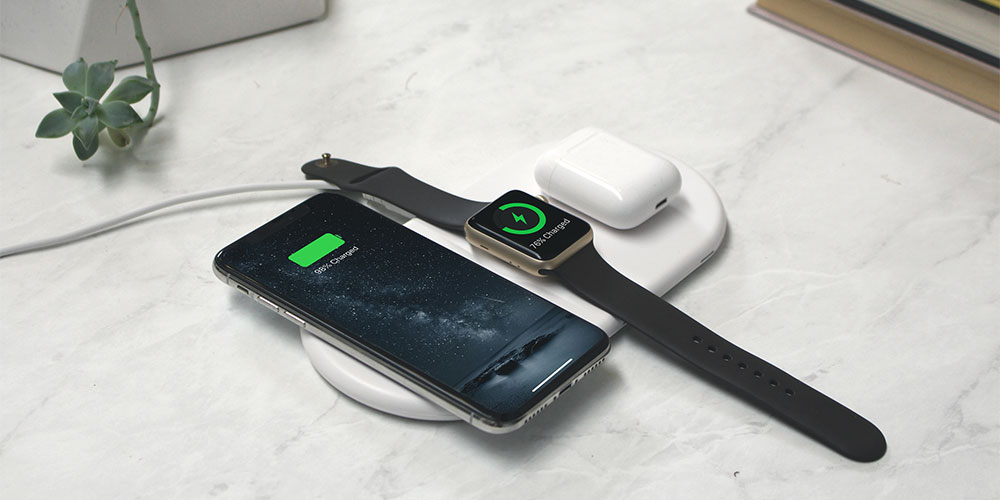 It only took 10 years, but with the long-awaited adoption of Qi charging standards by Apple back in 2017 for the iPhone X, the era of wireless charging has now truly taken over. With wireless charging options available in everything from smartphones and smartwatches to tablets and earbuds, we’re now seeing charging pads showing up everywhere.

Apple even promised its own wireless charging pad dubbed the AirPower before quietly killing the project last year when it “could not achieve [their] high standards.” But that doesn’t mean other companies weren’t already rushing to satisfy that power demand with their own versions of a killer charging pad.

Now that you’ve probably already built up a small treasure trove of Qi-enabled tech, the AirZeus 3-in-1 Fast Wireless Charging Pad stands as an heir apparent to the AirPower legacy and should probably get your attention.

Just like its Greek god of thunder namesake, the AirZeus hurls power like lightning, simultaneously charging a Qi-compatible phone, smartwatch, and earbuds at blistering speeds.

Simply place your Qi-enabled devices on the AirZeus and let the power flow. The unit is tailored to deliver up to 7.5 watts of power to your iPhone, the maximum safe charging rate for the device. Under those conditions, you can fully charge your completed dead phone in under two hours.

The AirZeus is even powerful enough to deliver a charge through phone and watch cases made from materials like leather or glass. In fact, if your case is less than 2 millimeters thick, you’ll have no problem getting uninterrupted power to your device.

The pad itself is less than 8 inches long and fits easily on a desk, nightstand or anywhere you can use an easy charge-up. Meanwhile, its clean minimalist design coupled with losing that tangle of charging cords and wires should provide your desktop a definite aesthetic upgrade as well.