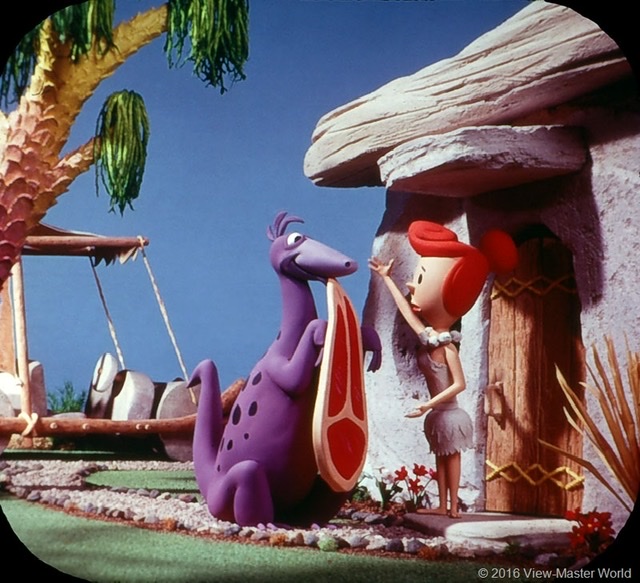 A delightful website called View-Master World features photos from View-Master reels across the decades. My favorite View-Master art has always been the 3D stuff from the 1960s. These 21 samples from a Flintstone’s reel are a high water mark of the genre.