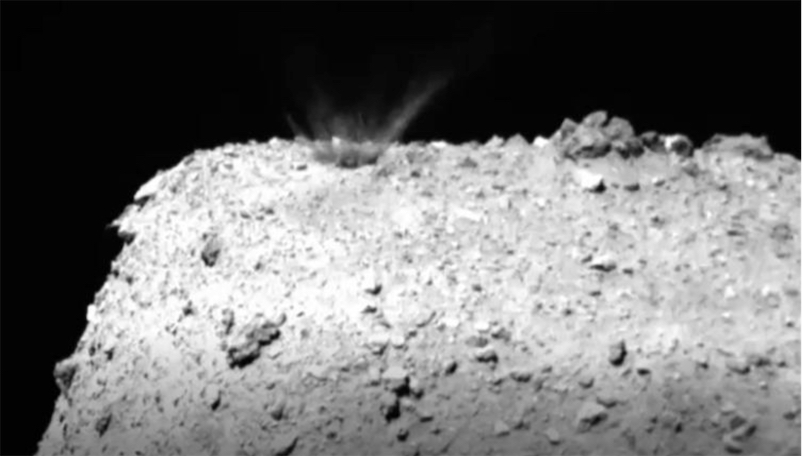 The Japan Aerospace Exploration Agency's (JAXA) Hayabusa2 spacecraft fired a copper cannonball into Ryugu, an 850 meter-wide near-Earth asteroid. The 2 kilogram "Small Carry-on Impactor," a bit larger than a tennis ball, hit the asteroid at approximately 7,200 kilometers/hour and blew out a 14.5 meter wide crater with a depth of .6 meters. After a year of analysis, scientists have reported their analysis of the plume created by the impact and properties of the crater. From Space.com:

The number and size of craters that pockmark asteroids such as Ryugu can help scientists estimate the age and properties of asteroid surfaces. These analyses are based on models of how such craters form, and data from artificial impacts like that on Ryugu can help test those models...

Features of the artificial crater and the plume suggested that the growth of a crater was limited mostly by the asteroid's gravity and not by the strength of the space rock's surface. This, in turn, suggested that Ryugu has a relatively weak surface, one only about as strong as loose sand, which is consistent with recent findings that Ryugu is made of porous, fragile material.