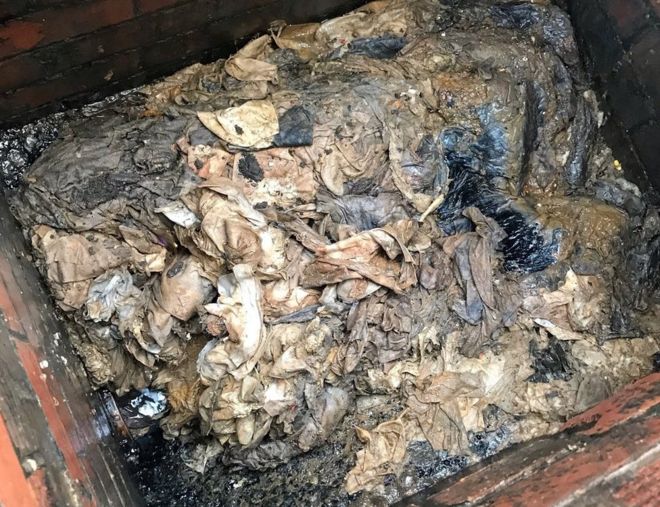 Britain's ancient, fatberg-infested sewers are already choked to the grates thanks to irresponsible flushings during the coronavirus crisis. People running out of (or hoarding) toilet paper are instead using paper towels, kitchen napkins, wet wipes, newsprint and other materials that won't break down. Northumbrian Water posted this handsome image of the random trash locals are shoving into the system, and told them to cut it out.

The company said it understood people were "only improvising" but the consequences could be "devastating" to homes and the environment.

Head of wastewater networks Simon Cyhanko said they should use the bin.

"We understand some people affected by the limited toilet roll availability may have no choice but to use alternative products," he said.

The company also posted the following photo, which I presume is of the cleanest toilet in Berwick and the ideal that Northumbrian Water hopes all its customers maintain forthwith.