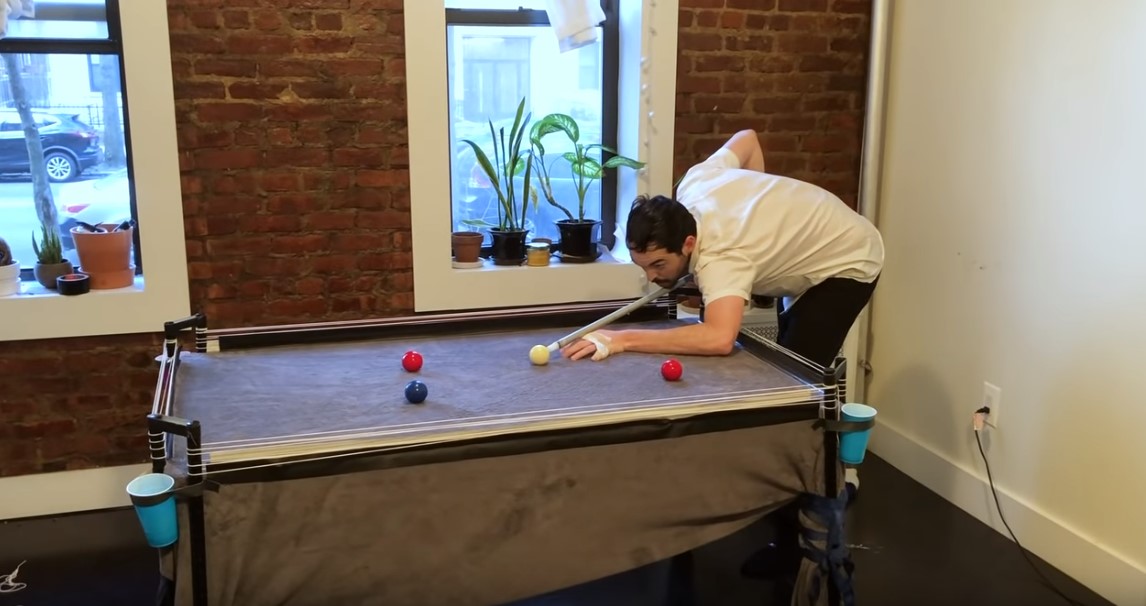 After just a week being cooped up in his apartment, YouTube's "Average Pool Player" Rollie Williams has found a way to entertain himself using objects he already had. He jokes, "I converted our dining room table into a pool table and all it cost was my relationship with my roommates."

I converted our dining room table into a pool table and all it cost was my relationship with my roommates. pic.twitter.com/vDHoAKOlt8

Want to make your own "quarantine pool table"? His video tutorial will show you how. But, keep in mind, you'll need to already be in possession of billiard balls. As he writes, "What kind of absolute lunatic doesn’t have a full set of billiard balls in their apartment?"

In this time of staying at home and not being able to go outside, it's important to make the best of things. When that doesn't work, it's okay to make yourself a pool table. We made a DIY pool table out of a blanket, our kitchen table, some tape, clamps, rope, string, metal rods from a set of shelves I had in my room, and a set of billiard balls my dad gave me for Christmas a few years ago.