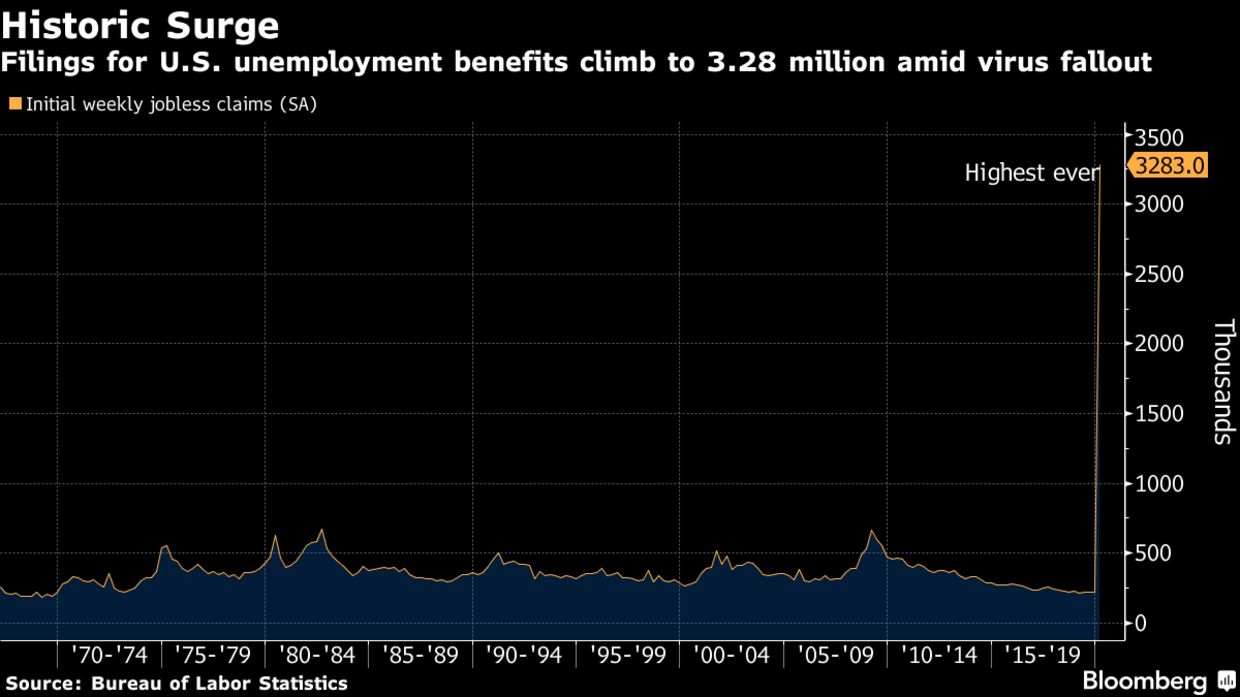 Bloomberg News reports that the number of people claiming unemployment in the U.S. has spiked to 3.28m since the coronavirus outbreak took hold. That's four times the previous record and indicates an immediate, severe economic downturn. Bloomberg's economists expect it to approach 5.5m next month.

The magnitude of the economic devastation being wrought by the coronavirus pandemic was laid bare on Thursday when the U.S. government reported an unprecedented surge in the number of people seeking jobless benefits.

A total of 3.28 million people filed for unemployment insurance in the week ended March 21, dwarfing previous highs in Labor Department reports published since 1967. Two weeks earlier, before closures of businesses swept across vast swaths of the country, the number stood at 211,000, close to a half-century low.

Stop asking right-wingers the rhetorical question "who would you nominate to die then?" when they talk about letting people die to save "the economy". They are eager to get started.