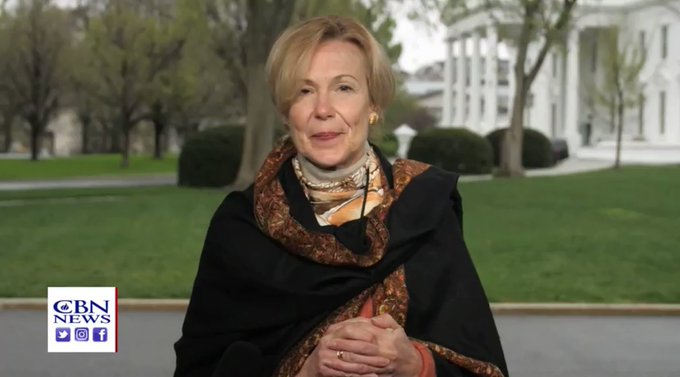 "[Trump is] so attentive to the scientific literature & the details & the data. I think his ability to analyze & integrate data that comes out of his long history in business has really been a real benefit.”

She assists the Office of the Vice President Mike Pence in the Trump regime's response to COVID-19 as the White House Coronavirus Response Coordinator.

"[Trump is] so attentive to the scientific literature & the details & the data. I think his ability to analyze & integrate data that comes out of his long history in business has really been a real benefit” -- this is shocking, hackish stuff from Dr. Birx. pic.twitter.com/c2phsRYaJs

Are we in North Korea? Moscow?

What is even going on?

As Aaron Rupar said, this is “shocking, hackish stuff from Dr. Birx.”

Christ, what a suckup. What is going on, America.