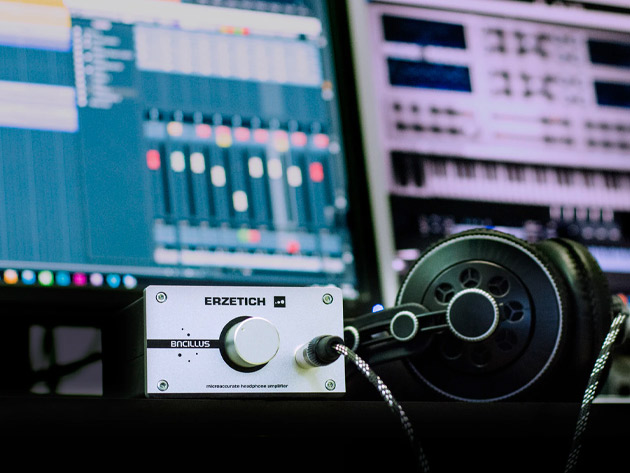 If you’ve ever had any musical aspirations -- or even if your talent extends no further than turning on the radio -- you’ve probably dreamed the “impossible” dream. You dream that maybe you could record some of your songs at home, post them online, build an armada of fan support, attract major label attention and ultimately become a global music powerhouse all in one fell swoop.

Look, it’s an unlikely dream, but it isn’t impossible. That’s the career arc that now 17-year-old Billie Eilish just rode to pop megastardom last year. And what program did she (and her brother-slash-producer Finneas O’Connell) use to capture and edit Billie’s now chart-topping tracks? Logic Pro X.

The Mac-based app is just one of the programs that has taken music production from opulent, expensive studios right to anyone’s bedroom. And since you’ve got a bit more home time on your hands recently, The 2020 Music Production with Ableton Live 10 and Logic Pro X Bundle can be just the ticket to the big time you’re looking for.

These nine courses are a 56-hour master class in breaking into the music industry, including everything from songwriting and producing to recording to back-end production and distribution that can compete with the big boys of the recording game.

The training centers on how to use Logic Pro X or its equally lauded competitor Ableton Live 10 to do all the digital sequencing, recording and editing needed to produce your tracks. This training doesn’t come with the software, but it’ll show you how to use it to create all the auditory scope and wonder you experience from today’s top artists.

Courses will also walk you through another popular digital audio workstation Studio One 4 as well as Massive X, a virtual synthesizer program that can essentially replicate the sound of hundreds of different instruments and styles.

Of course, technology will only take you so far, so this package also includes coursework to help you survive in the music game. Students will learn how to write songs, explore critical DIY Music Business topics like music copyrights, royalties and more, and how to use outlets like Spotify, Apple Music and more to help your tracks reach the widest possible audience.

Each of these courses is a $199 value. But right now, the entire music creation package is not only on sale, but you can get the entire 9-course training bundle for just $50.