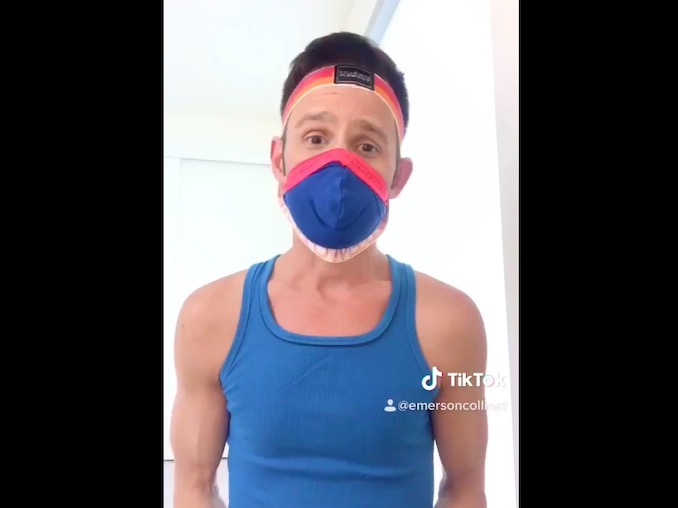 While using a bandanna is one excellent way to craft a face mask, this jock strap hack takes only three easy steps and doesn't require anything extra.

I made a Jockstrap Mask Tutorial, because I’m ridiculous. pic.twitter.com/JiYhV3K8uh