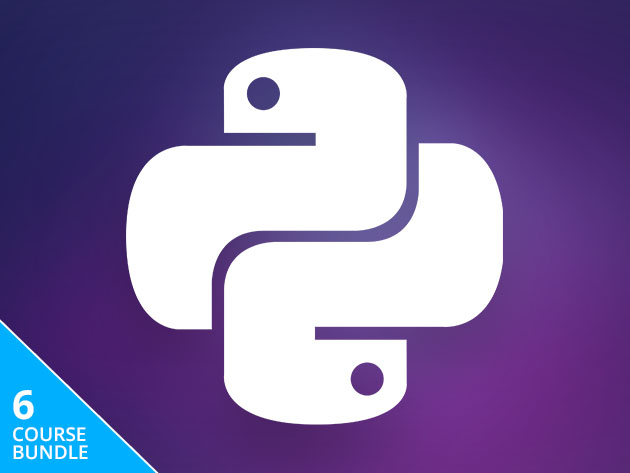 “The whole point of a programming language is to get the most out of the computer and the developer...This is why I like Python so much...few Python developers write code that is difficult to pass on to another developer.”

With so much in tech so inherently complicated, that comment from Thomas Hatch, CTO and co-founder of SaltStack to TechRadar, really boils down Python’s universal appeal to its purest root.

Coders like Python because it’s stripped-down, adapts to everything and doesn’t require all manner of interpretation, no matter when you jump into a project. You can add Python to your skillset or just sharpen your skills with the instruction in the Coding with Python: The Ultimate Training for Aspiring Developers Bundle.

This six-course bundle starts with a full Python overview with the Complete Python Course: Learn Python by Doing. From first-timer basics to expert-level advanced coding tips, this training involves hands-on instruction that aimed at getting students employed as a Python programmer.

From best practices and object-oriented programming to GUI development, unit testing and more, this foundational training paves the way for all things Python, those newfound talents are tested by the Complete Python Web Course: Build 8 Python Web Apps, where students really get their hands dirty, assembling projects like a blog using user registration to publish posts as well as creating an online price tracker for your favorite digital storefront.

The training also covers app building as the REST APIs with Flask and Python and Advanced REST APIs with Flask and Python courses explore how to create resource-based, production-ready REST APIs using Python, Flask, and other popular Flask extensions. Students also get a background in using GIT to log and monitor all their code changes; as well as fundamental software testing skills and technologies so all your Python testing happens just like a pro would do it.

Even the least expensive course in this bundle retails for $59, but right now, this entire collection is on sale at over 90 percent off, only $49.99.

With each course ranging in price from $59 to $170, this offer is the best time to gather up all this training at a big discount, only $49.99 until this deal ends.

Coding with Python: The Ultimate Training for Aspiring Developers Bundle - $49.99Get Python training for $49.99