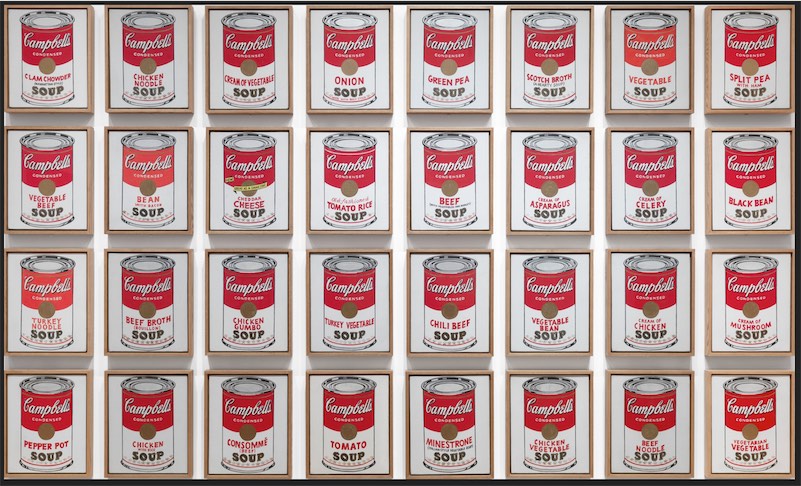 The next day, Warhol — or his mother, in one telling — ran to the Finast supermarket across the street and bought every variety of Campbell’s Soup that it carried; he later checked this inventory for completeness against a list he got from the soupmaker.