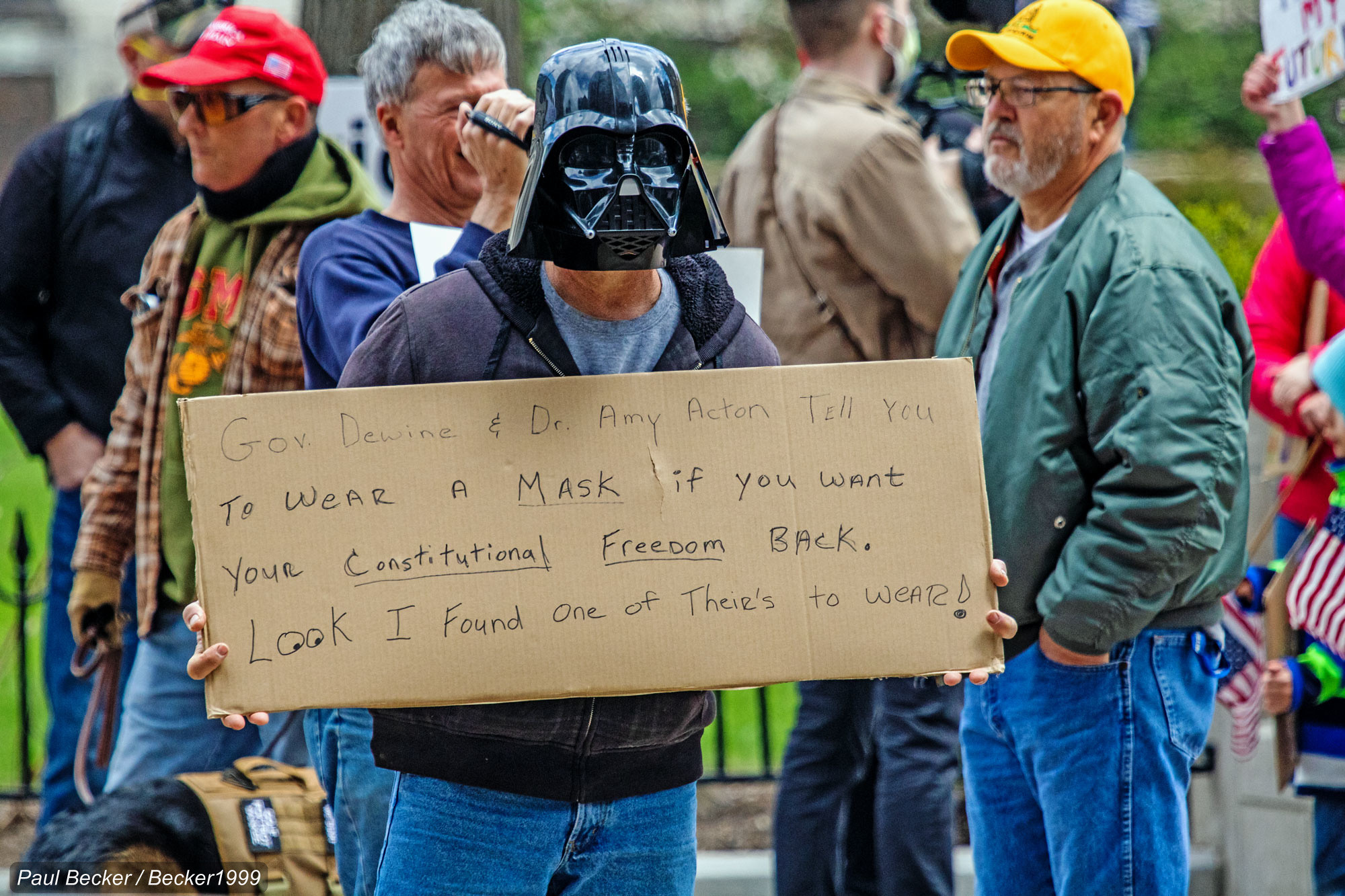 Even if one is to agree that these protestors should have been arrested, this is a terrible way to justify that action. They could have just as easily written this off retroactively as reckless endangerment, or simply left it as a public safety violation. (Not that police in America ever need a reason to justify arrests — although these protestors were largely white, which does add some complications.)

But the fact that a police officer thought to explain away these actions by insisting that the act of protest is non-essential? That unintentionally reveals a lot about their headspace. It's way so many police departments try to track people at protests to retroactively punish protestors as "Antifa", why they shut off their bodycams as they assault protestors for being "disrespectful" despite a glaring lack of physical threat, or otherwise just threaten to make things up to justify their actions.

Protests are deemed "non-essential" by police because there are unfortunately far too many police officers who do not view their job as actually uploading the law. Rather, they see their duty to uphold the social order, no matter how unjust it is. The mere notion of a protest conflicts with that order, and thus, of course a cop would immediately jump to call it non-essential, regardless of the truth.

(And yes, there is the added irony that, in any other circumstance, these police officers would likely be getting paid overtime to "keep the peace" at a Neo-Nazi rally.)

The Raleigh Police Department did try to backpedal this stupid tweet … kind of.

The Raleigh Police Department has issued a statement in response to the earlier tweet regarding protesting and the Executive Order. pic.twitter.com/mg4laUpFIk

In these unprecedented times and unusual circumstances, both the Governor and the County have declared a state of emergency. Under these current and temporary declarations, protesting is not listed as an essential function.

In other words, they passed the buck to the District Attorney. Maybe that works in Raleigh, but in places like Philadelphia and Boston, the cops and the DAs don't always get along.

In this case, the Raleigh Police claimed all of the authority, but none of the responsibility. Where have I heard that before?