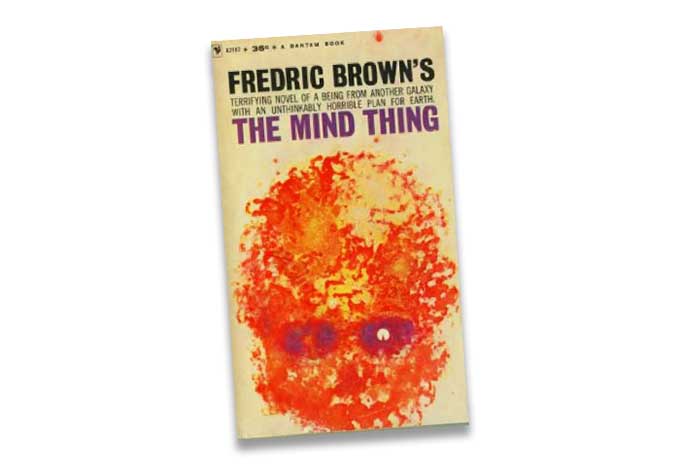 It wasn't until I was in high school that I scored a copy of The Mind Thing (1961), which is probably my favorite Brown novel, even though it is not as well-known as the other two novels, and could be arguably be classified a horror novel. The Mind Thing is an alien being (which looks like a turtle shell) that has been banished to Earth for committing crimes on its home planet. It is unable to move on its own, but can hijack the nervous system of any sleeping animal within range and take control of its mind and body. To leave the body, it forces the host to commit suicide. The alien goes on a spree, hopping into people's bodies and killing them, as it moves forward with a plan to make the Earth ripe for takeover (in the hope that its fellow creatures will forgive its past crimes and hail it a hero). Eventually, a smart fellow (an MIT professor on vacation) figures out what's going on and takes it upon himself to save the planet from the evil space alien.

Long of of print, all three are available in Kindle editions. (I don't recommend Rogue in Space or The Lights in the Sky are Stars because they both stink, unfortunately.)