Hardcover edition of The Making of Prince of Persia 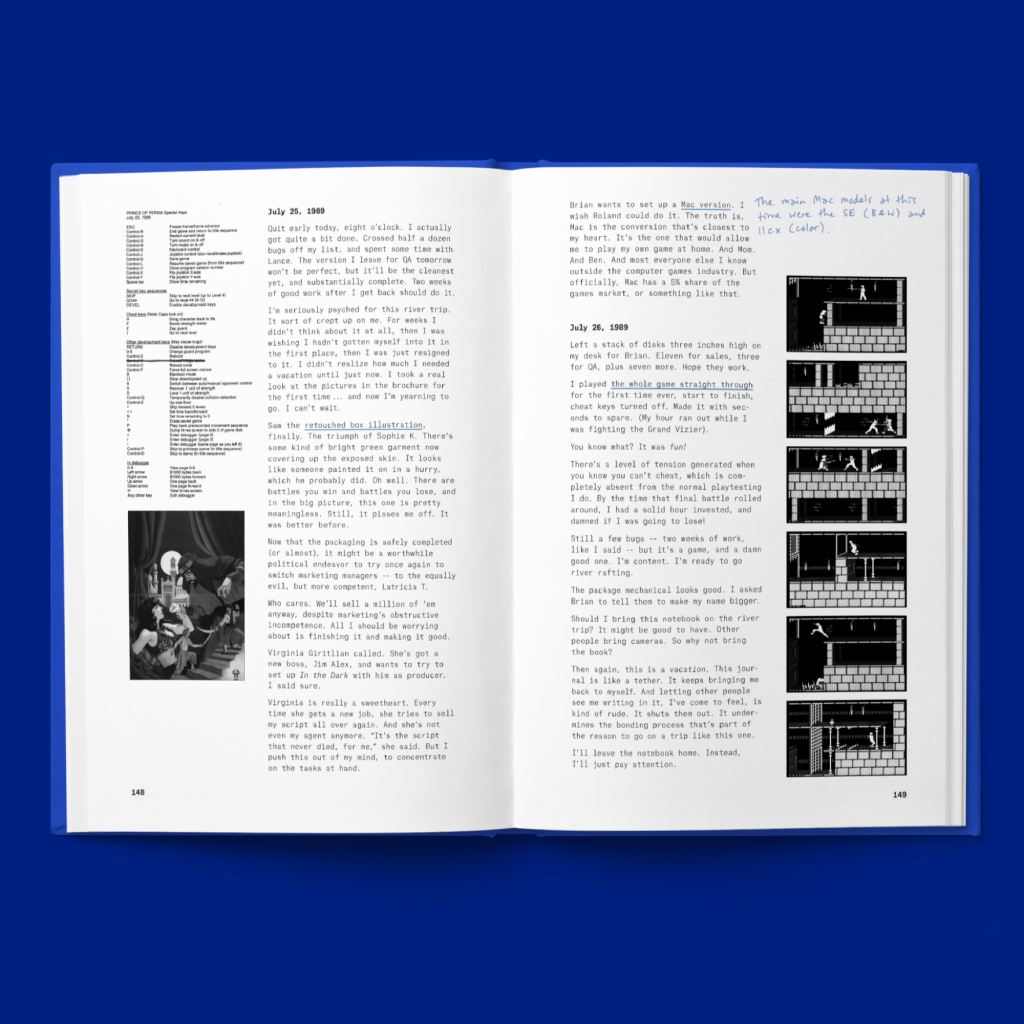 Jordan Mechner created Prince of Persia, a classic game noted for its perfect design, precise controls and wonderful rotoscoped animation. Mechner's open-ness about his creative process, from source code to personal journals, is already legendary. Now it's all collected in a beautiful new hardcover edition from Stripe Press, celebrating the game's thirtiest anniversary.

Before Prince of Persia was a best-selling video game franchise and a Disney movie, it was an Apple II computer game created and programmed by one person, Jordan Mechner. Mechner's candid and revealing journals from the time capture the journey from his parents’ basement to the forefront of the fast-growing 1980s video game industry... and the creative, technical, and personal struggles that brought the prince into being and ultimately into the homes of millions of people worldwide. Now, on the 30th anniversary of Prince of Persia’s release, Mechner looks back at the journals he kept from 1985 to 1993, offering new insights into the game that established him as a pioneer of cinematic storytelling in the industry. This beautifully illustrated and annotated collector’s edition includes: