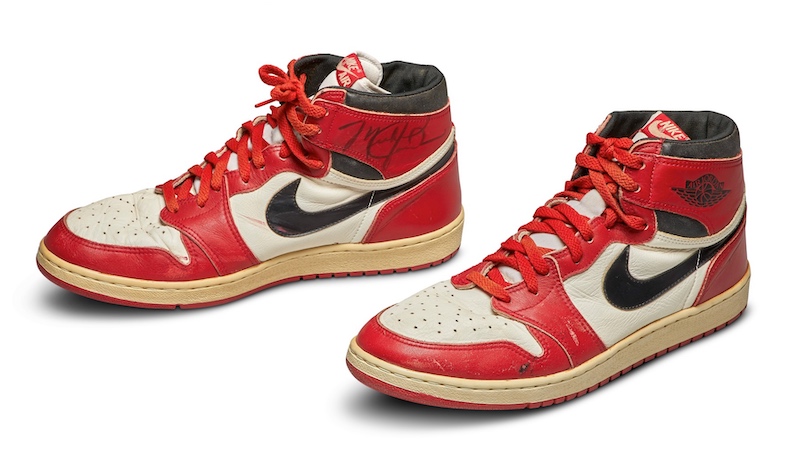 Like most of Jordan’s basketball shoes, they are a mismatched pair in a size 13 (left) and size 13.5 (right), Sotheby’s said.


The shoes are being sold by collector Jordan Geller, founder of the sneaker museum Shoezeum, where they were previously on display in Las Vegas. They were the “crown jewel” of the museum, drawing fans and collectors from all over the world, according to Geller.