Tiny kitchen-knife sharpener does the trick 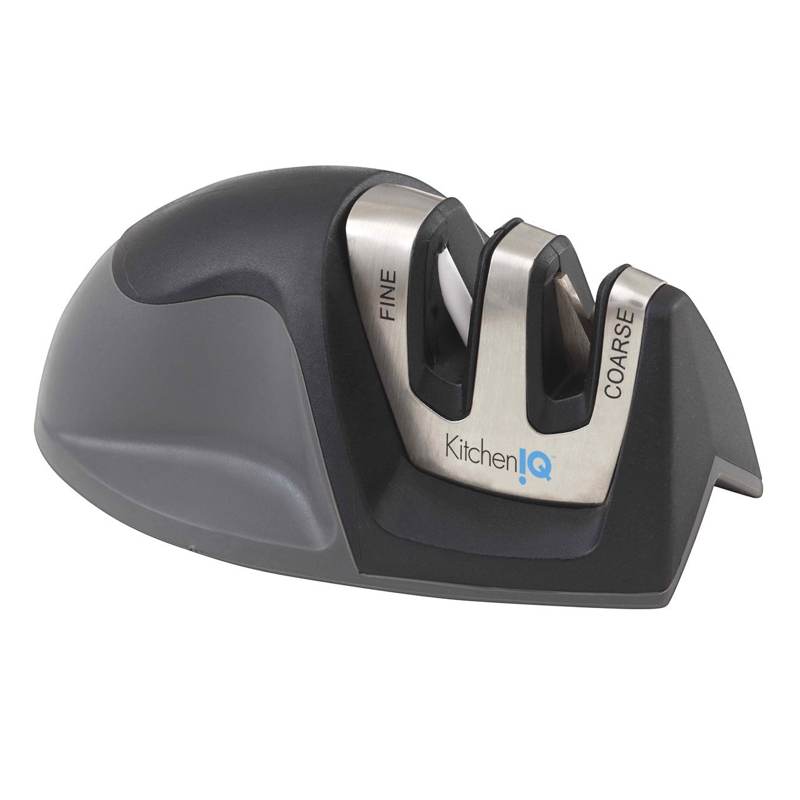 I keep the Kitchen IQ Edge Grip 2-Stage Knife Sharpener next to my knife block and run a knife through the "Fine" slot almost every time I cut something. The ceramic rods are arranged at a pre-set angle, which makes it easy to get a serviceably sharp knife. The bottom of the sharpener has a V-channel so you can set it against the edge of a counter. That way you won't smack your knife against the countertop when it slides out of the sharpening slot.

The "Coarse" sharpening slot has carbide blades that will sharpen dull knives in just a few strokes. Just don't use it every time because it eats up your knife blades quickly.