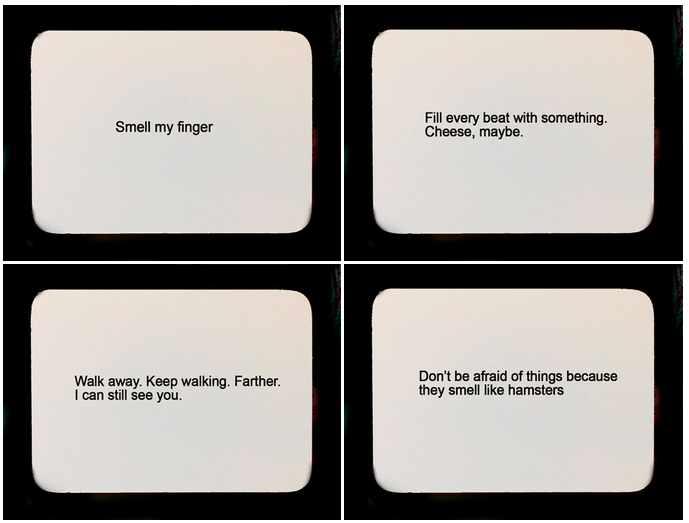 Richard's cards even caught the attention of Eno himself on Twitter (OK, maybe Eno's "people," but still...).

I just want to know when I can get a deck. I'd like them the same exact size and design as my Eno/Schmidt deck so that I can shuffle these in.

In this new 14-minute mini-doc from Noisey, Brian Eno, his music-therapist brother Roger, and producer/musician Daniel Lanois, discuss their 1983 writing and recording of Apollo: Atmospheres & Soundtracks, their soundtrack for the Al Reinert film, For All Mankind. They also talk about the newly remastered Apollo: Atmospheres & Soundtracks – Extended Edition and the 11 […]

Today marks the 42nd anniversary of the release of David Bowie’s mid-70s masterpiece, Low, the first album of his so-called Berlin Trilogy (later joined by “Heroes” and Lodger). Working with the increasingly experimental Brian Eno, this album was a dramatic departure for Bowie and much has been made over the music, the strange (and strangely […]

John Cage liked to share a list of rules for creativity developed by artist Sister Corita Kent. That list was then typed up and popularized by Cage. They are: