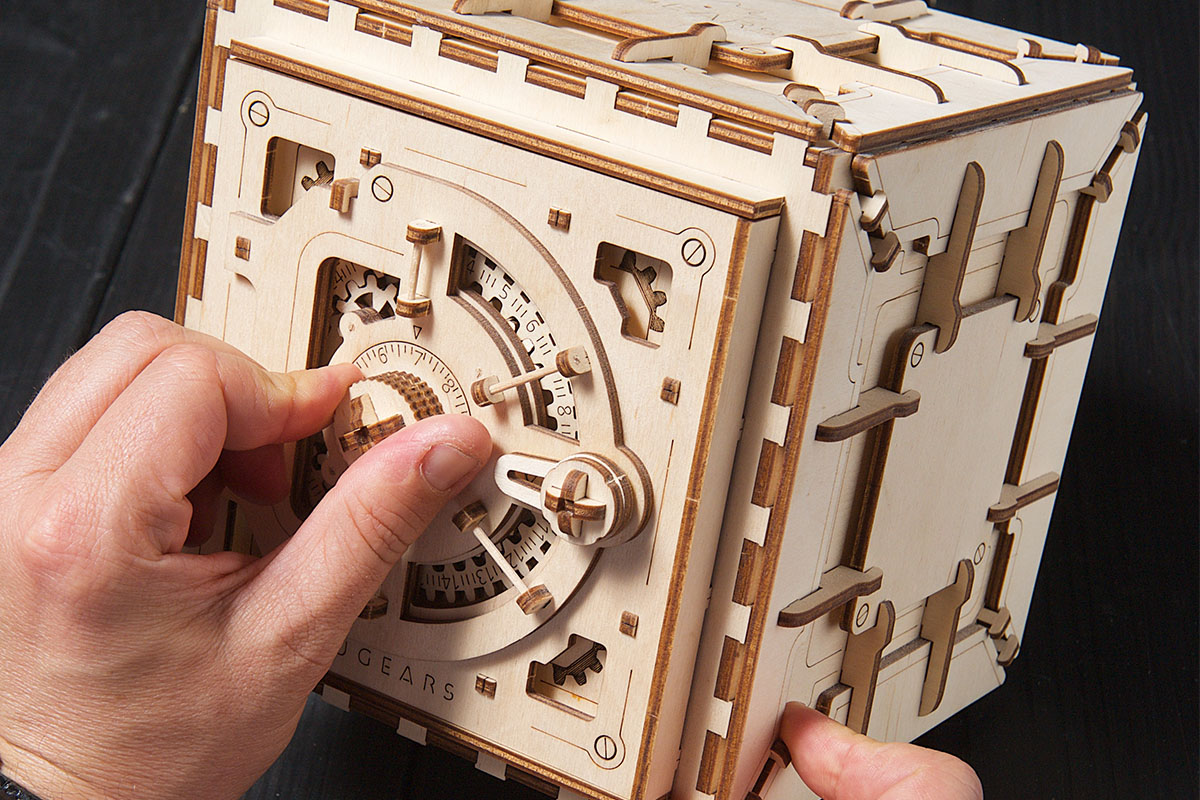 They’re models...yet, they move. They’re machines...yet, they’re made of wood. They’re assembled...yet, no glue is required. They may be a hodge-podge of contradictions, but UGEARS wooden mechanical model kits are without question absolutely gorgeous.

Launched in Ukraine in 2014, UGEARS have created truly remarkable works of art, sustainably sourced, laser-cut plywood pieces fashioned with a patented joint design for assembly that fits each model together like a glove. Of course, it takes a little time and patience to put some of these ultra-cool 3D brain puzzles together, but then again, that’s part of the fun.

If you’re looking for something to truly engage your kids’ minds that doesn’t involve a videogame or YouTube, these STEM-based kits stretch those engineering muscles. Of course, it’s pretty great for inquisitive adults all well, creating a final model that both moves and marvels at the same time.

We’ve assembled six models that are each available now, all for 10 percent off.

Equipped with a rubber-band motor, this project comes together to form a mechanical insect with movements that imitate the flutter of a butterfly’s wings, all with no external power source or batteries.

It’s a steampunk-inspired wheel that actually rolls as you watch all the intricate gears move it along. Despite its airy delicate appearance, this model is pretty sturdy, so you can take it outside and give it a good roll around on the pavement and other hard and semi-hard surfaces.

This puzzle box will be just as wind-warping to open as it is to build. With an intricately layered design, you can watch all the gears turn as you try to free the key to open the box...which is a lot tougher than it seems. Want to add your own treasure? Well, you’ve got to get it open first.

You build a safe with a personal combination that’s all ready to store all your most precious items. But even if you forget the combo, you can follow the handy steps in the instructions to master the mix of slow knob twists and careful listening to tumbler movements that will ultimately open the lock.

Don’t let the appearance deceive you — this model racer is a serious challenge to assembly. Under the hood, you’ll find a V8 engine equipped with a powerful fan and 16 fully functioning valves. To wind it up, just use the hand crank in its front. The U-9 has a spring-suspended fork and rubberized wheels for rapid acceleration and a long driving range.

This functioning locomotive is the ultimate test of your modeling skills. Driven by rubber bands and a gear array instead of superheated steam, this symbol of the 19th century looks and operates very much like a real steam engine. Up close you can see working asynchronous pistons and valves that transfer power to the locomotive’s drive wheels through a moving system of rods, linkages, and cranks.