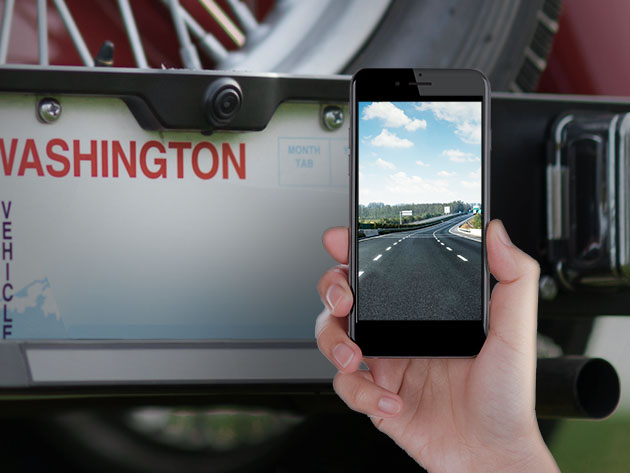 Last year, over 43 million Americans hit the road to celebrate Memorial Day, the unofficial start of summer. That was the second-highest travel volume this century, according to AAA, but with COVID-19 fears and quarantine orders only now starting to ease, it’s safe to say this year probably won’t attract numbers anywhere close to that high.

However, that doesn’t mean you shouldn’t have your car prepped with a few essentials for that day soon when you do need to hit the road.

To help, here are 20 car accessories that can help make your trip an easier one -- and when you use the code SUMMERSAVE20 when you purchase, you’ll get an additional 20 percent off your total.

Emergencies happen on the road all the time -- and with the 5-in-1 Emergency Car Tool with Portable Power Bank ($15.99 after discount; originally $25.99), you’ll be ready for them. It includes an LED flashlight, a red SOS light, an emergency seatbelt cutter, a glass breaker, and a portable power bank with 2,200mAh battery capacity. Or you could go with the Kelvin.7 Automotive Emergency Multi-Tool ($31.99 after discount; originally $49.99) which, in addition to those earlier talents, also adds four built-in magnets and a hand-crank power generator to your multipurpose roster of abilities.

Unless you’re a mechanic, car trouble can be frustrating and mysterious, but the THINKCAR 1S: OBDII Full-Systems Car Scanner with a Free Lifetime Subscription ($29.59 after discount; originally $54.95) is like having your own diagnostic computer that syncs up with your phone. With Thinkcar access and their community of auto enthusiast friends and technicians, you’ll quickly run tests, locate failures in your car, and find full instructions on how to solve your problem.

If you already know your problem is a dead battery, the JunoJumper v2 Battery Pack ($63.19 after discount; originally $99.99) is 6,000mAh of power, capable of jumping a completely dead car battery in seconds. Best of all, it also works for dead phones or other devices, weighs less than 8 ounces and is small enough to fit into your glove box for any power emergencies.

But in case you need some heavy-duty power backup, the JumpSmart 37,000mWh Portable Vehicle Jump Starter Kit ($95.99 after discount; originally $119.99) comes with a whopping 37,000mWh jump starter. That’s enough to power up 8-cylinder, 5.0L engines, and works with most cars, trucks, SUVs, boats, motorcycles, lawnmowers, ATVs, and more. There’s also a 330 Lumen LED flashlight with a 500-foot reach, and it can also charge USB powered devices in a snap.

You never know when dashcam footage will be incredibly useful, so myGEKOgear is now offering three of their best dash cam models now, all with healthy discounts.

For many, the myGEKOgear Orbit 530 1296p Wi-Fi Dashcam with Sony Night Vision Sensor ($87.99 after discount; originally $149.99) would be more than enough camera, capable of shooting in crystal clear HD to get all those small details like a license plate number. You’ll also get night vision that delivers light and clear videos even in low-light situations.

However, if you want the absolute best, the Orbit 960 4K Wi-Fi GPS Dashcam ($143.99 after discount; originally $219.99) records video in 4K resolution, offering a startling level of clarity. It’s got driver-assist features to give you a driver fatigue warning or headlight reminders and the built-in G-Sensor will lock files if it senses a collision, so you won’t need to worry about files being loop recorded over.

Finally, the Infiniview Lite Digital Rear View Mirror & Dash Cam ($199.99 after discount; originally $279.99) is the whole package, a 3-in-1 system with a front and rear-facing dashcam, a 9.7-inch digital touch screen anti-glare mirror, and a rearview system to help you back up.

Meanwhile, the FenSens Smart Wireless Solar Powered Backup Camera ($127.99 after discount; originally $199) gives you all the benefits of a backup cam but doesn’t require any wiring into your car’s systems. Just attach it to your rear license plate frame, sync with the FensSens app, and you’ll have solar-powered live streaming video right on your phone.

Power needs aren’t restricted to a car’s engine, particularly if you have passengers. With the Crave DualHub USB Car Charger ($7.99 after discount; originally $24.99), you can power up to two USB-driven devices at once, as the Intelligent Charging Technology automatically detects each device’s power settings for quick and safe charging.

But of course, who needs wires when you’ve got Qi? The CHOETECH Air Vent Fast Wireless Qi-Certified Car Charger ($25.59 after discount; originally $81.98) safely grips a Qi-compatible phone or other device and delivers up to 10 watts of rapid charging power.

A clean car is a happy car, which is why the Mini Cordless Car Vacuum Cleaner ($31.96 after discount; originally $49.99) was designed for cleaning up small particles, dust, and dirt from any surface and corner of your vehicle. Strong enough to suck up the most common car debris, you get up to 30 minutes of raw sucking power on every charge.

In case you need to do any minute detailing, the Brush Hero Deluxe Set ($39.99 after discount; originally $49.99) can help, with impressive torque and a variety of specialized brush heads to clean the tricky, hard to reach corners inside as well as tight wheel spokes, tailpipes and even under the hood outside.

Of course, no car is truly clean unless its air is clean too -- and the Autowit Fresh 2 True HEPA Car Air Purifier and Humidifier ($47.19 after discount; originally $79.99) features a 3-stage air filtration system that scrubs 90 percent of pollen, smoke, dust, odors, and other unpleasantness right out of your environment. It even spritzes the air with a fine mist to better distribute humidity throughout the car or truck.

The Sinji Sticky Pad: 2-Pack ($8.76 after discount; originally $16.59) is like having a glue trap right on your dashboard but without the mess. The Sinji’s silicon non-slip holder is ultra-sticky, gripping phones, keys, loose change, or sunglasses so nothing ends up tumbling around your vehicle.

As for another means of hanging on to your phone, the YT-02 Car Mount Air Vent Phone Holder ($10.36 after discount; originally $14.95) fits most vehicle air vents, gripping your device securely while offering a perfect view of your phone while you keep your eyes on the road.

If your car or truck doesn’t have Bluetooth built-in, then the TUNAI Firefly Bluetooth Receiver ($23.99 after discount; originally $34.99) is the next best thing. The receiver, which supports high-quality file formats like MP3 and AAC, charges directly through the USB port while it’s playing. Just plug in your phone and you’re ready to go.

And for those who get nervous when stuff starts bouncing around the bed of your pickup, The Basecamp System Tailgate Pad, Seats and Cooler ($207.99 after discount; originally $299) lock everything down. Bikes, surfboards, wood -- it all stays secure amid the two lounger chairs, a cooler and the Basecamp pad on your tailgate. Wrapped in waterproof PVC and coated in nylon, it won’t bubble, shrink, or break down and can even be run through a car wash.