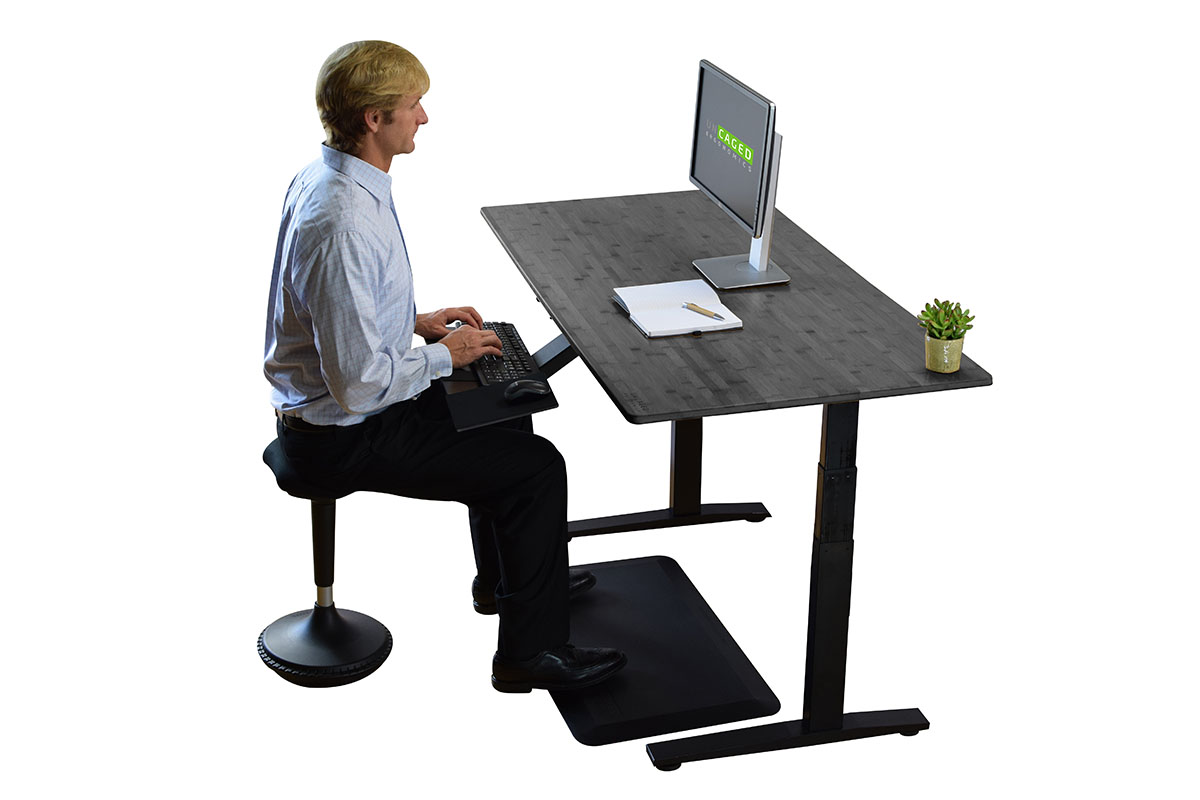 You may not realize it, but one of the fastest-growing employee benefits over the past several years is one that’s keeping thousands of workers feeling happier and healthier. Back in 2013, only 13 percent of employers were willing to provide or subsidize standing desks for their workers, but by 2019, that number had exploded to 60 percent.

Part of that increase is directly tied to research that’s shown a standing desk that encourages workers to spend less time sitting can help attack a variety of health problems, including back, knee, shoulder and elbow pain, poor circulation, muscle fatigue, headaches, and even sexual performance issues.

With endorsements like those, it may be worth picking up an item like the RiseUp Electrical Height Adjustable Standing Desk.

This desk from Uncaged Ergonomics is all about finding each user’s sweet spot. From a standard sitting height, three-stage lifting columns can elevate this steel and wood product frame almost 4 feet with the push of a button. With that much range, it only takes a little work to determine exactly what elevation is the proper height for each person to optimize their sitting and standing postures.

Once you’ve found the spot that sings for you, the memory keypad can lock it in, one of four positions the desk can memorize and serve up for immediate adjustment.

The dual powerful motors raise and lower the desk quickly and smoothly, all while holding up to 250 pounds on your desktop, more than enough to hoist a computer monitor, phone, and other assorted desk bric-a-brac with no problem. And it’s got a built-in anti-collision feature so the desk will never lower on top of anything. Even the width is fully adjustable for you can fully maximize your desktop space.