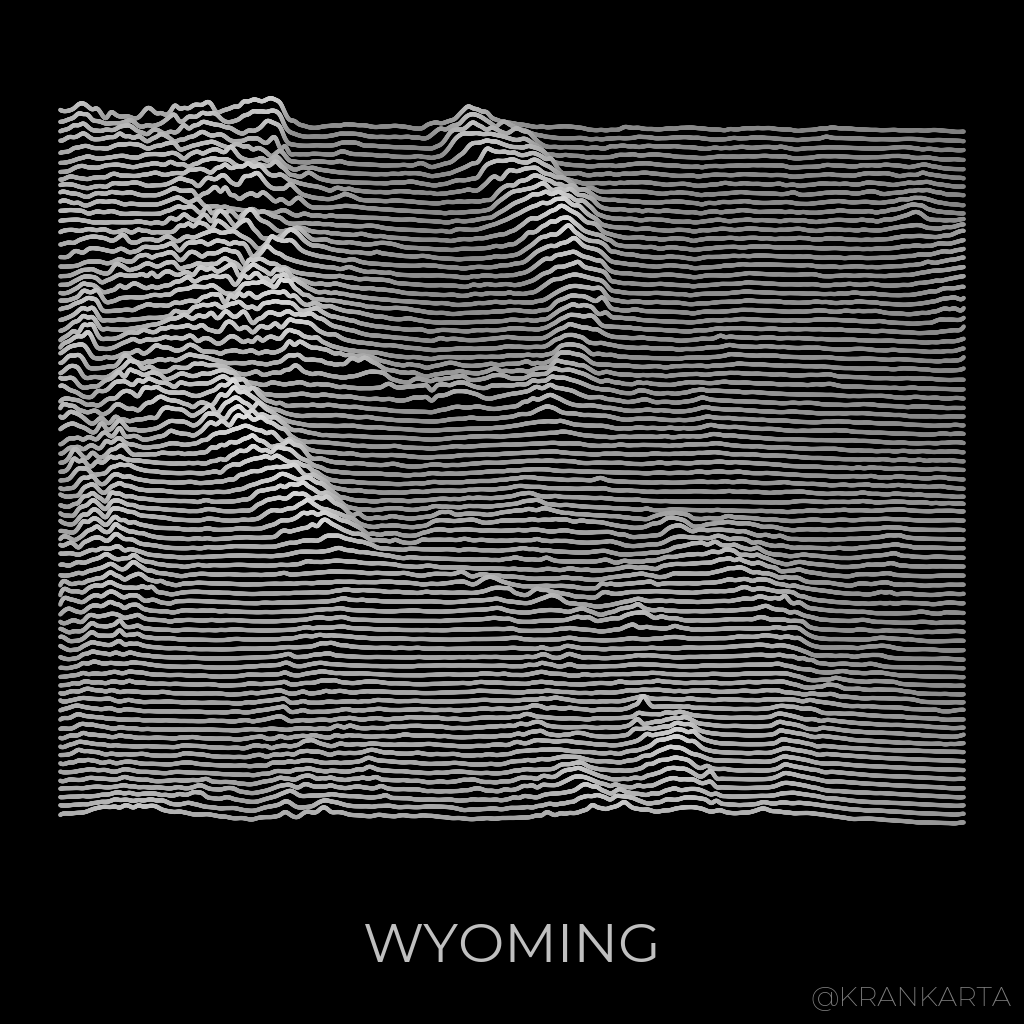 IMGURian @KRANKARTA6 did an awesome topography visualization project in the "Ridgeline Style" that reminds us of the album cover for Joy Division's classic LP 'Unknown Pleasures.'

These map artworks are created from SRTM elevation data and processed in QGIS and python.

All images have the same elevation scale.

See all of the work here at IMGUR:
USA States Topography in Ridgeline Style - equal scale