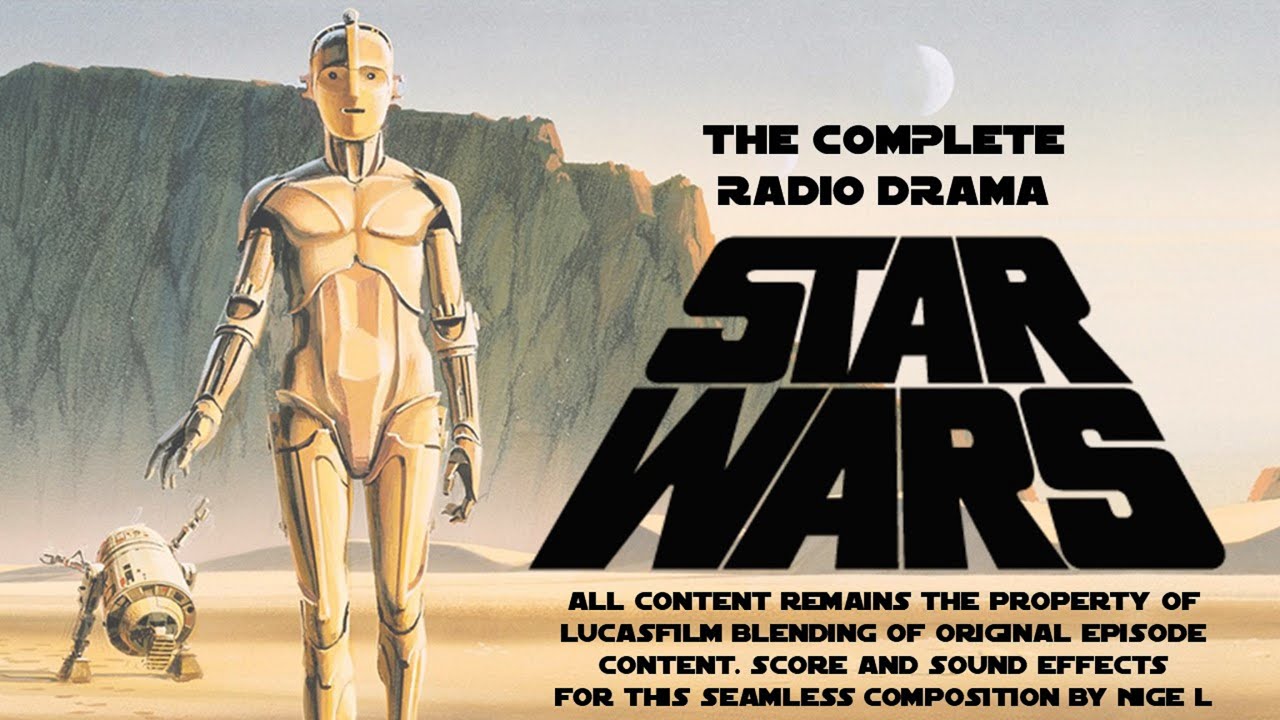 I have combined all episodes of the original radio drama using excerpts from John Williams' original soundtrack and Ben Burt's sound effects for a more seamless blending from one episode to the next. This is how I want to experience this fantastic piece of work.

I hold no right to the material nor claim any credit for the final product. All content ownership remains with the proprietor of the original works. No breach or infringement of rights intended.

A reoccurring question is about the running time of the radio drama. "What has been cut to reduce the original running time? I have removed the narrated intros, outros and end credits from each episode to created the seamless story. This has reduced the over all running time for each complete drama.

When the Star Wars radio drama was first broadcast in the spring of 1981, fans of the movie would have heard a mixture of the familiar (including the voices of Mark Hamill as Luke Skywalker and Anthony Daniels as C-3PO) and the unfamiliar. With science-fiction novelist Brian Daley brought on to add or restore scenes to the script of the original dialogue-light feature film, the story stretches out to thirteen episodes for a total runtime of six hours. The series thus stands as an early example of the expansion of the Star Wars universe that, in all kinds of media, has continued apace ever since. An Empire Strikes Back radio drama followed in 1983, with Return of the Jedi following, after prolonged development challenges, in 1996.

Return of the Jedi on YouTube / MP3s via Archive.org