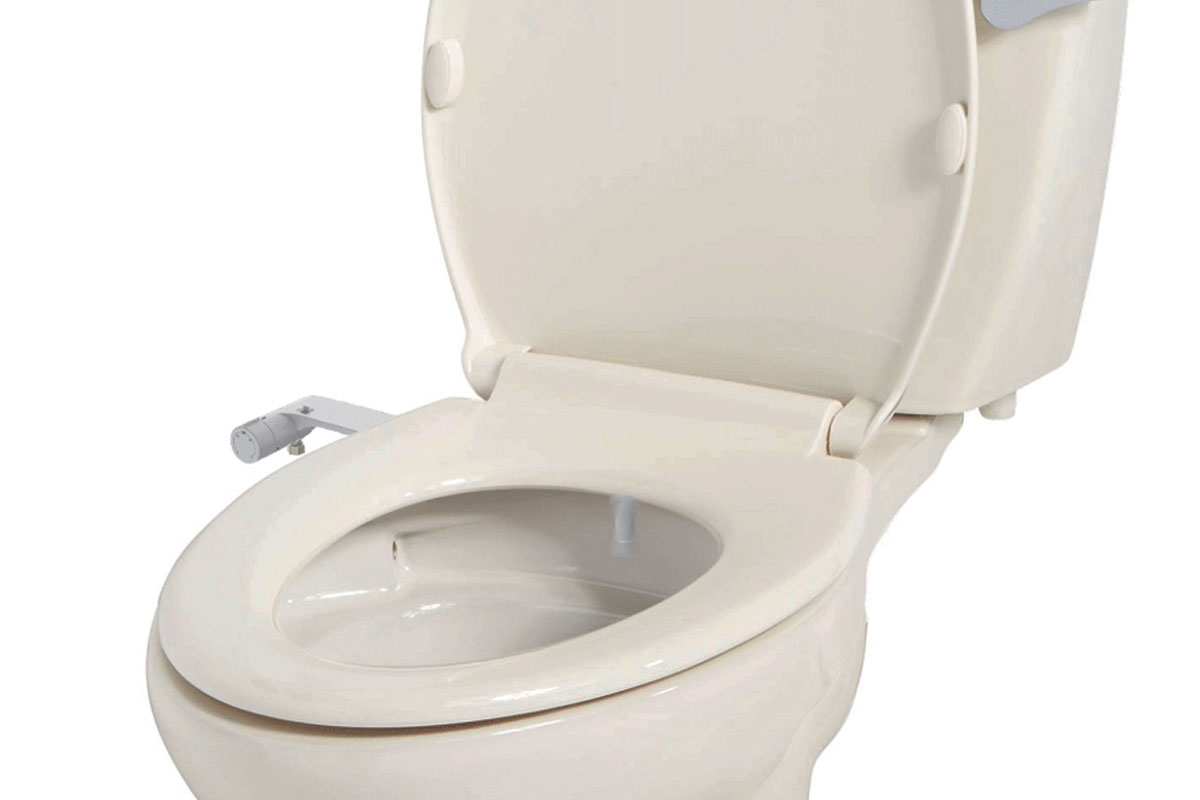 Amidst all the deadly serious concern and fallout from our global battle against COVID-19, you’ve likely been forced to confront more than a few moments that you never expected to face.

And you likely never felt sillier during this scary time than when you were racing all over town hoping desperately that some store had finally received a toilet paper shipment. Hoarders cleared off store shelves in early March, leaving 70 percent of stores without stock and causing a shortage that still isn’t completely under control.

Americans use 3 million tons of TP every year. And between the supply issue and the startling fact that we require 54 million trees to fall to feed our bathroom need...well, it’s no surprise the bidet option has seen renewed popularity the past several weeks.

Of course, replacing your entire bathroom throne is no small — or inexpensive — task. However, the Aim to Wash bidet attachment is a perfect middle-ground for those tired of TP hunts and looking for a better way.

The Aim to Wash easily attaches to your existing toilet set in about 10 minutes and doesn’t require any power to operate. Once you’re connected, the unit sports an adjustable nozzle head that angles into a position to apply a cleansing wash that puts “the wipe” to shame.

The attachment has easy to use dial knobs to adjust your cleaning to just the right level — and the nozzle even has its own self-cleaning regimen to keep the whole thing sterling clean before and after each use.

If you’re on the fence about a bidet, but intrigued by the possibility, the Aim to Wash is the perfect opportunity to try it out for yourself and see if the bidet life lives up to all the hype.

Regularly priced at $69.99, the Aim to Wash Bidet Attachment is now available at almost 30 percent off, a $20 savings that brings your price down to only $49.99.