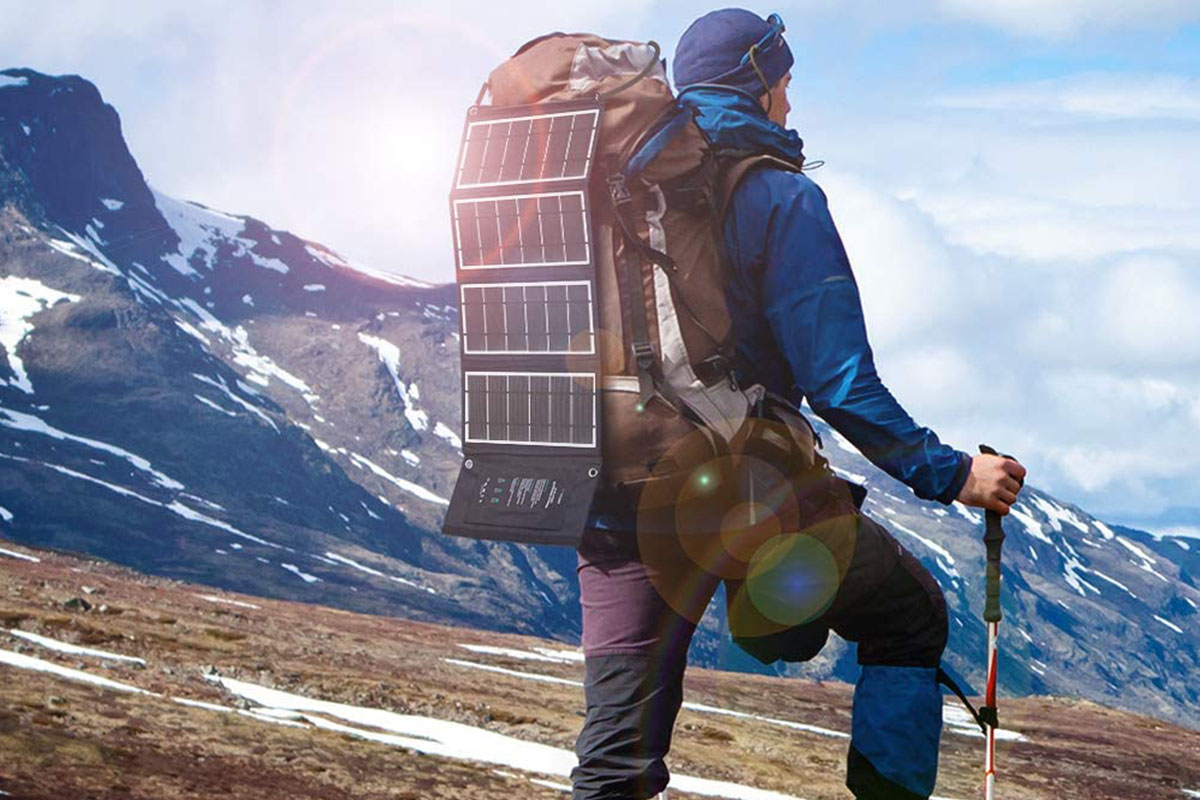 Hunting around for an outlet or a power battery when you’re trying to charge your phone or tablet is always an annoyance. But when you’re out in the world hiking or camping or traveling, finding an outlet might be more than a minor inconvenience...it might be downright impossible.

Running low on battery power isn’t an option anybody looks forward to these days, especially if you’re out and about and may need that phone in the event of any emergency.

Thankfully, the RAVPower 24W 3-Port Solar Charger takes advantage of the fact that the world’s most powerful battery is almost always right there overhead: the Sun.

Actually, the RAVPower is really more than a traditional charger. Unlike bulky brick-style chargers, the RAVPower is its own solar panel, half the weight of other chargers. Just unfold it from its tiny, compact carrier and aim it at the Sun as its high-efficiency solar cells start juicing up.

Converting nearly a quarter of available solar power into free energy, the RAVPower is a fast, effective, lightweight charger for use in almost any condition. In fact, you can even throw the RAVPower over the back of your pack, plug in your phone, and watch your device power up while you keep moving.

It charges up to two USB-powered devices simultaneously and can take a smartphone’s battery from zero to fully charged in the space of about 3 to 4 hours. The RAVPower uses iSmart technology to automatically adjust to your connected devices, serving up the optimal charging current evenly to everything you have plugged in in the shortest possible charging time.

As an ever-ready source of power in nearly any situation, it can be a true lifesaver. And at less than a foot long and weighing less than 2 pounds, it’s the perfect accessory for any outdoorsman, survivalist, or power-savvy boy scout who almost wants to be prepared in case of an emergency.