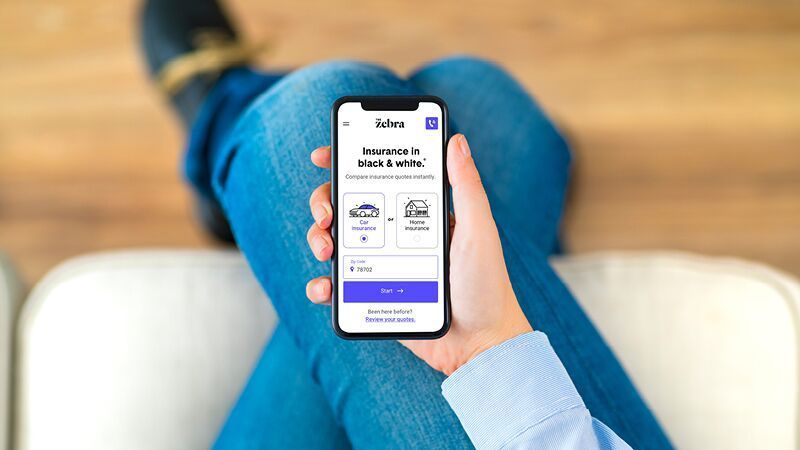 When you were 10 and your mom demanded you finish your vegetables or go to your room, you were mad. Even as kids, we hated it when we were ordered to do something. Car insurance is a federal mandate, yet that’s only one of the reasons why most Americans would rather do just about anything than deal with car insurance.

Over a quarter (28%) of Americans — 28 percent — think they pay too much for car insurance, yet almost 40 percent say they haven’t checked their current rates against competitors in at least three years. 17 percent have never checked at all. Ever.

The Zebra wants to change that car insurance aversion mindset. The nation’s leading car insurance comparison site, they’ve developed a free, safe, simple way to make sure users are getting the absolute best price on car insurance. And if they’re not, The Zebra paves the way for any driver to get the lowest rate available anywhere.

Through The Zebra website, users identify their vehicle make and model as well as where they live. With that handful of data, The Zebra stretches its legs, tapping their relationships with over 200 different national and regional insurance providers to find out which will offer gives that user the best possible coverage plan.

The Zebra checks in with providers like Farmers, Liberty Mutual, Allstate, and GEICO, crunching the numbers and offering all the best coverage offers in a matter of seconds.

For users who find an option they like, The Zebra will facilitate the switch, working with the new provider to hammer out the policy details while all the user has to do is sign on the dotted line to make it official.

And while The Zebra can’t guarantee offers will always beat a user’s current deal, they definitely feel pretty confident about their odds. Those who do save by working with The Zebra saw an average of an extra $368 a year in their wallets, just for making the move.

Privacy concerns are also a major point of pride with The Zebra. Unlike other comparison sites that collect user information, then sell it off to digital marketers, The Zebra’s database is as tight as Fort Knox, all part of their hassle-free pledge to make sure you don’t get unwanted emails or any extra bother for using The Zebra.

If it’s been too long since you put your current insurance provider to the test, a quick check with The Zebra is all the answer you need about who deserves your business.