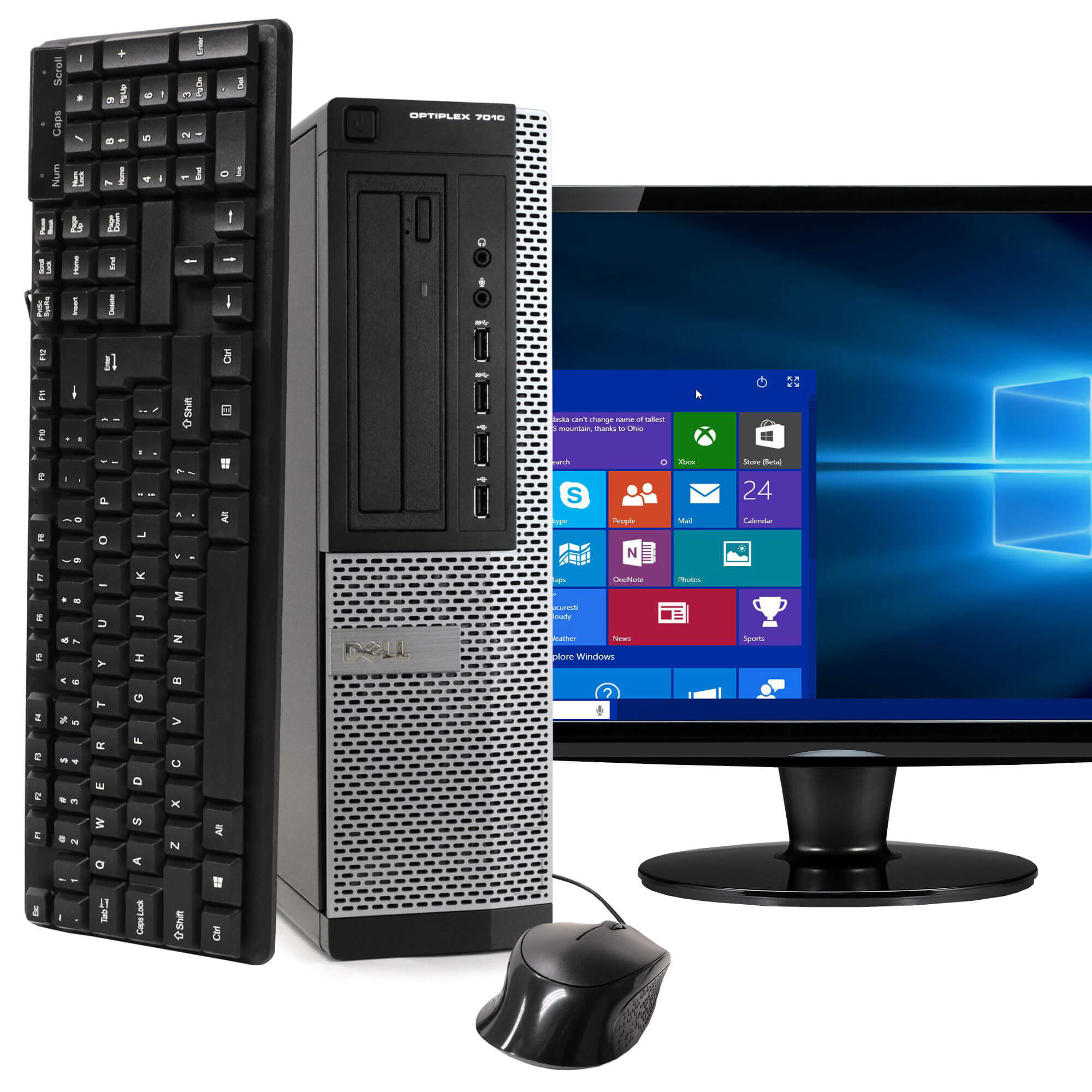 We’re a latest and greatest kind of culture. We want the newest, shiniest, fastest piece of tech in existence -- and many are willing to pay top dollar for the privilege of saying no one owns one better.

In many cases, old tech gets cast aside when it’s still got years of valuable service left in its trusty innards. And if you can land fully certified, refurbished equipment guaranteed to run like new like these Dell Optiplex 7010 desktop PCs, you score premium computing at often hugely cut-rate prices.

Powered by the reliable performance of an Intel Quad-Core i5 processor with 16MB of memory, it’s more than up to the task of handling everything from everyday web surfing and correspondence to hardcore multitasking using multiple apps at once. In fact, those Intel processors are only a tick behind the abilities of Intel chips currently running industry-leading computers topping the 2020 marketplace.

Just plug in and attach the included monitor and this model fires up right out of the box. With its Windows 10 Home operating system, users have access to all the expected Microsoft features, including Microsoft Office and a full fleet of performance and security apps to keep your system blistering fast and protected.

This workhorse computer would usually cost over $550, but right now, you can get this fully restored and certified Dell workstation for just $379.99.