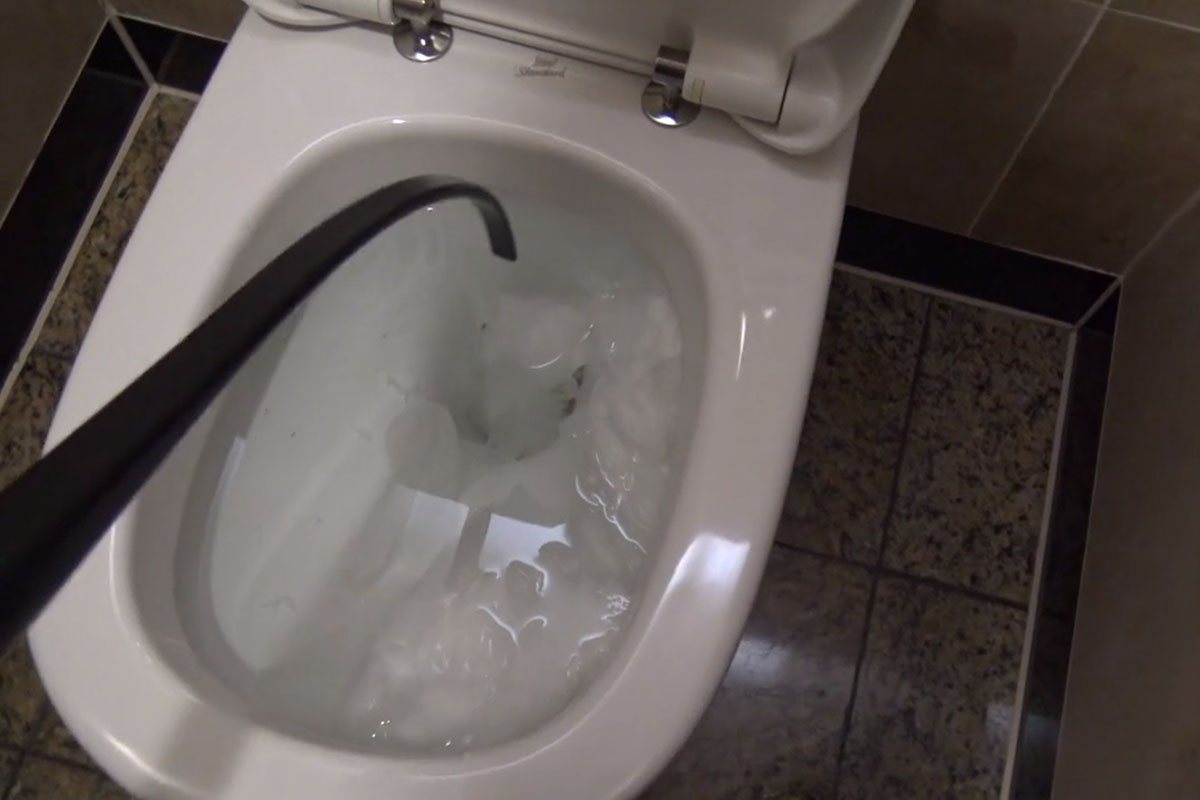 Look, nobody wants to be talking about unclogging a toilet. There are few tasks more unsavory anywhere on a homeowner’s to-do list.

Unfortunately, everything that ends up swirling its way down your porcelain throne doesn’t always find its final destination in the sewage system below. If a child decides to flush half the contents of a bathroom counter, you’re likely looking at a call to a plumber and a bill that could end up topping $300.

Or it could just be an incident so vile you don’t even want to get too close. Possibly ever again. We get it. So instead of dropping a huge chunk of change on a plumbing repair, the Toiletsaber lets you attack the problem yourself.

The Toiletsaber is a revolutionary new unclogging tool with a unique J-shaped, flexible head that makes maximum contact with tough visible clogs and swiftly and neatly clears the problem. And just like other sabers, the one is well over two feet long, assuring that you and your hands never need to get anywhere close to the scene of the crime.

The Toiletsaber head is designed to first rake any excess waste away from the waste trap, while the other side of the Toiletsaber can then snake through any remaining clog to clear the obstruction.

And as opposed to that disgusting plunger, the Toiletsaber wipes clean in seconds and its shatterproof, chemical resistant frame doesn’t become a breeding ground for gross bacteria.

The Toiletsaber is also lightweight and safe to use with any toilet without ever scraping or leaving any scratches behind.

While it all sounds pretty crude, the Toiletsaber’s credentials are well in order with more than 200 5-out-of-5 star reviews praising its effectiveness.

And when stacked against the cost of bringing a plumber into the house, the price of the Toiletsaber is definitely right. Regularly $34.99, you can even save an additional $5 right now and get a Toiletsaber for only $29.99.