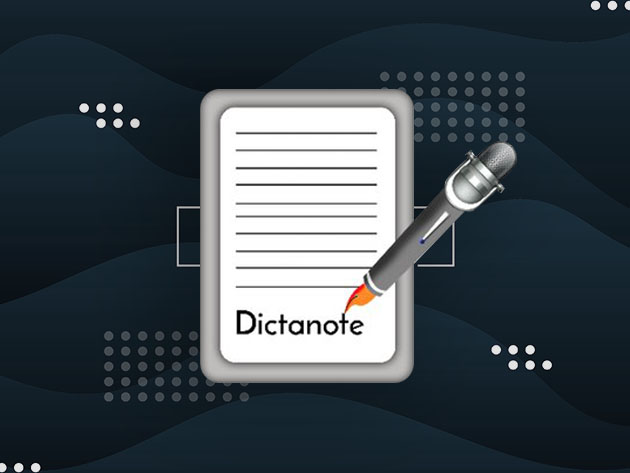 Back in the ancient times of the 1980s, if you wanted your thoughts quickly translated into text and didn’t want to spend all day transcribing all those meticulously archived notes yourself, you either needed to hire a secretary or a stenographer.

Now, rather than spending thousands of dollars a year on an ultra-fast typist, technology and voice recognition has boiled that ability down to a trusty app. Dictanote (for the Chrome browser) lets you easily switch between using your keyboard and your voice to take any notes you want to keep.

Dictanote brings together the versatility of a fully-featured notebook with AI-based speech recognition, making it easy for anyone to let notes spill out in their own words while magically appearing on their screen.  Dictanote has built-in a Microsoft Word-type editor to help format notes, which are also downloadable as PDF or .docx files.

While we can all think of some time-saving practical uses for Dictanote, it’s especially useful for those who conduct interviews or sift through loads of information, like journalists, lawyers, podcasters, students or professional transcriptionists.

With Dictanote, it’s truly as simple as hitting the record button to dictate an email, meeting notes or even a to-do list. You can also just snap a picture of a sketch and then see that image translated to text with 90 percent accuracy. In fact, the makers of Dictanote claim their app outperforms most offline services, including the popular Dragon Naturally Speaking.

Dictanote even has a few tricks up its sleeve, like a set of voice commands that allow you to put some form and structure to your notes, all with the use of your voice. With a few quick words, you can add line and paragraph breaks, delete your last line or other handy verbal shortcuts to keep a clean, running record of your thought process.

And Dictanote is truly an international app, capable of transcribing notes in over 40 different languages and 52 different dialects, covering about 80 percent of the planet.

A lifetime of Dictanote access would usually cost $180, but right now, it’s on sale for the one-time price of just $19.