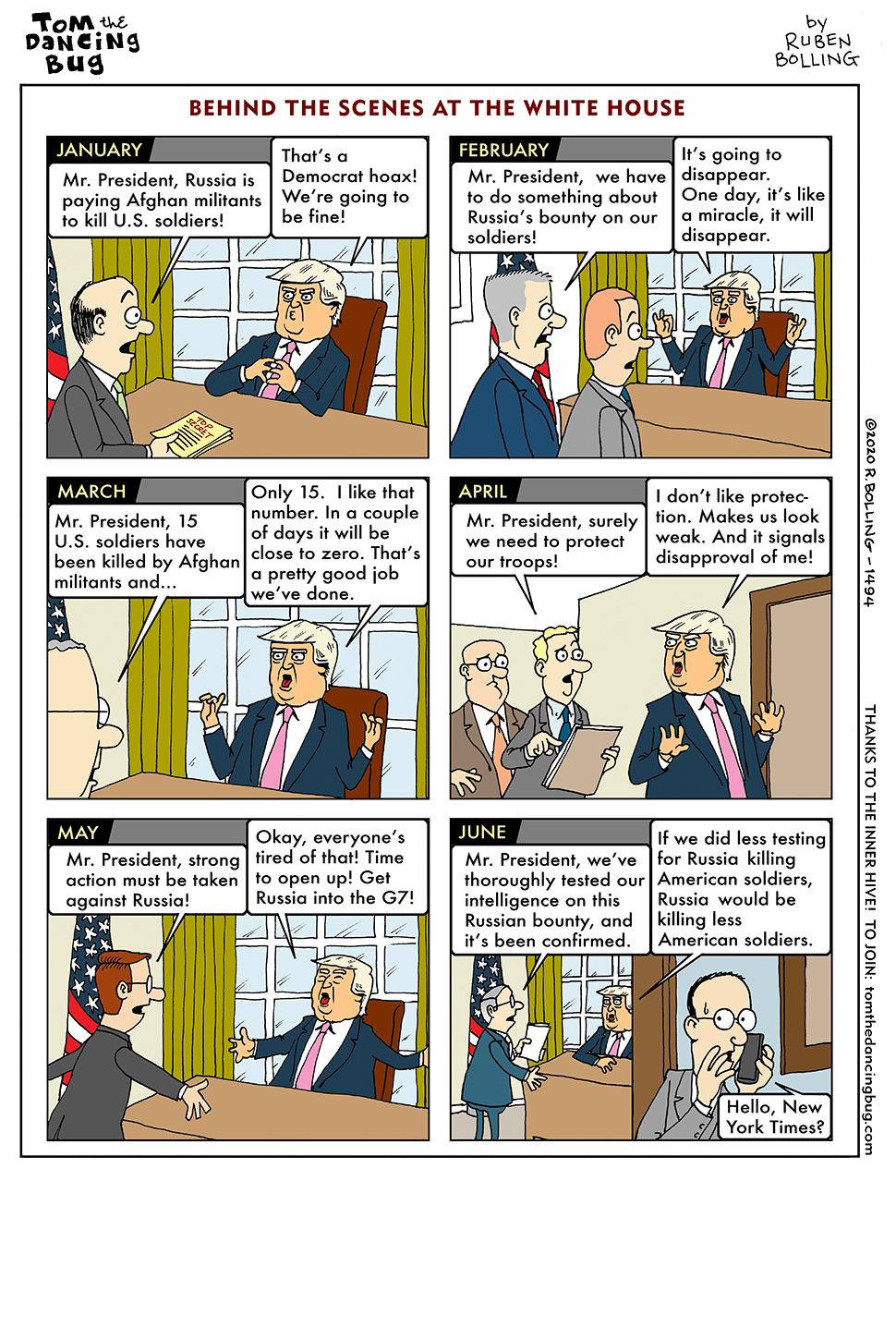 Information about the books, including how to pre-order, and special offers here. The Boing Boing article about the book is here.

Tuesday, June 30, 2020 is the deadline to contribute to the Tom the Dancing Bug for Justice Fundraiser, benefiting the NAACP Legal Defense Fund, and be eligible for invaluable (or unvaluable) prizes.

DID YOU KNOW THAT YOU CAN JOIN Tom the Dancing Bug's INNER HIVE? You can. Get exclusive access to comics before they are published, sneak peeks, insider scoops, and lots of other stuff. JOIN TODAY.