Kellogg's is releasing Green Onion-flavored Chex, and the commercial is absolutely bonkers 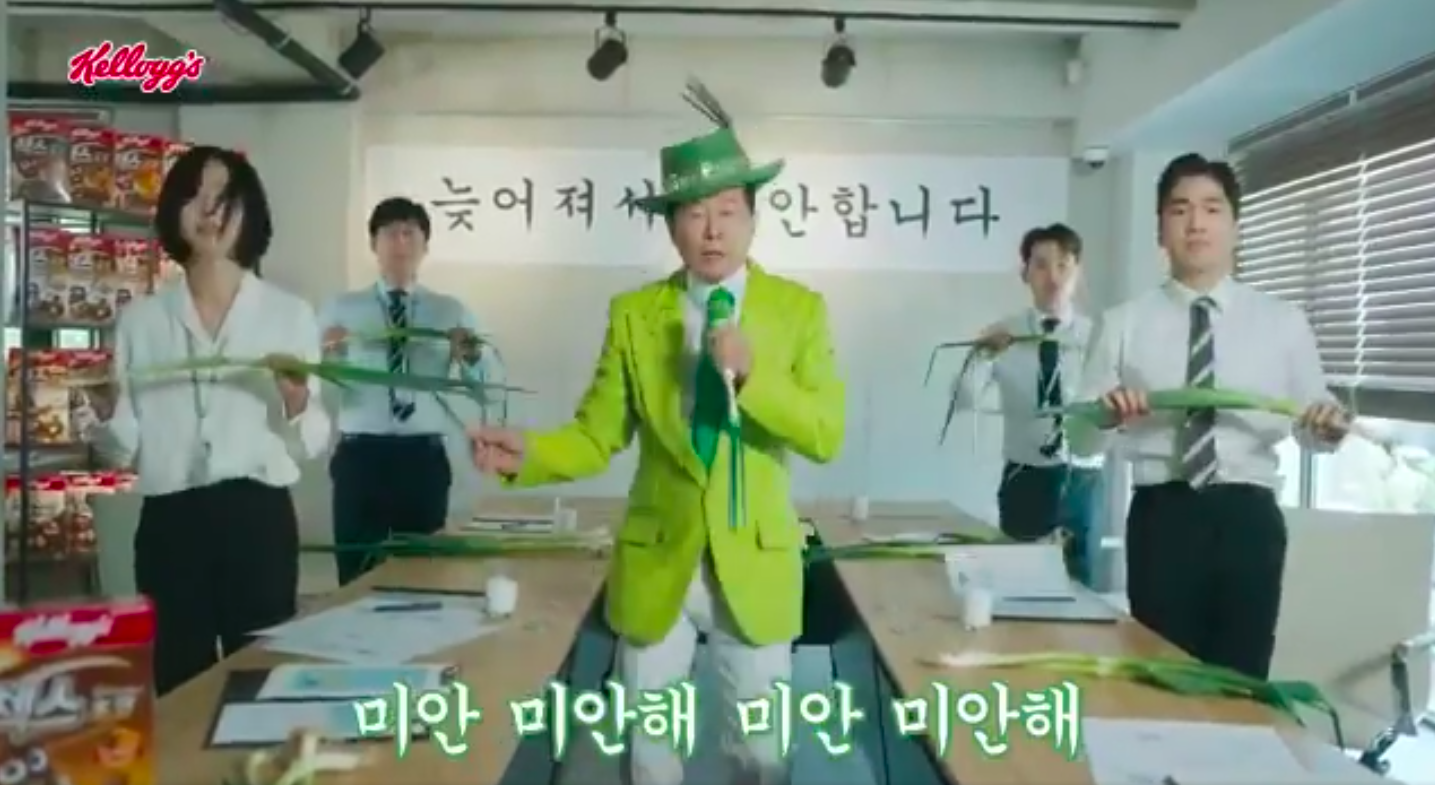 In 2004, the Kellogg's Corporation in Korea decided to hold a promotional contest where people could vote for the new "President of Chex." As The Takeout explains:

The two candidates were the delicious chocolate “Chekkie,” and the hideously green “Chaka.” Chekkie promised that if they won, they would find a way to add even more chocolate to Chocolate Chex, while Chaka promised to imbue the cereal with stinky green onions. One thing the adults at Kellogg’s were sure of was that kids hate, hate, hate green onions, so Chaka would be an easy fall guy, Chekkie would emerge victorious, and Korean customers would be so excited about Chocolate Chex that they’d purchase millions of boxes. What Kellogg’s forgot is that the internet is full of folks hellbent on ruining everything.

Kellogg's tried to the rig the election in Chekkie's favor. But it was too late; the damage was done. And like the Easter Rising of 1916, sometimes a conspiratorial defeat only leads to greater victories. Which brings us to today — 16 years later — when Kellogg's Korea is finally making good on their promise to deliver Green Onion Chex to the mouths of hungry cereal eaters everywhere (or at least, in Korea for a limited time).

The Korea Herald describes the taste:

Opening the box of Chex Green Onion sent from Kellogg for review, the scent of green onion hit sharper than expected.

However, tasted on its own, the green colored cereal had little green onion taste and was just sweet and salty. On the box, it says “real green onion included!” but mixed vegetable powder, containing 31.9 percent green onion, makes up only 0.03 percent of the cereal.

“It’s tasty as a snack by itself, and if you eat it with milk, the milk becomes tastier,” the cereal maker claimed on the back of the cereal box. Eaten with milk, the cereal still didn’t have the bitterness or the spiciness of green onion and tasted like a sweet green cereal aimed at kids. The leftover milk after the cereal was also sweet, but nothing special.

If any of you were to smuggle this into the States, I'd go willing to try it. But for now, this crazy promotional video will suffice.

Be still my heart. There’s a cereal bowl that lets you listen to the snap, crackle, and pop of your Rice Krispies! I’m just hearing about it but apparently the “Snap Crack and Pop Amplifier Cereal Bowl” was designed by Dominic Wilcox back in 2015: Kellogg’s challenged artist and designer Dominic Wilcox to make breakfast […]

These aren’t the chalky little marshmallows you’ll find in Lucky Charms cereal. Thanks to a collab with Jet-Puffed, large, soft versions of the cereal’s hearts, moons, stars, and clovers will be available nationwide indefinitely in September. Fun fact: According to an old General Mills press release (via Wikipedia), each of the marshmallow’s shapes have magical […]