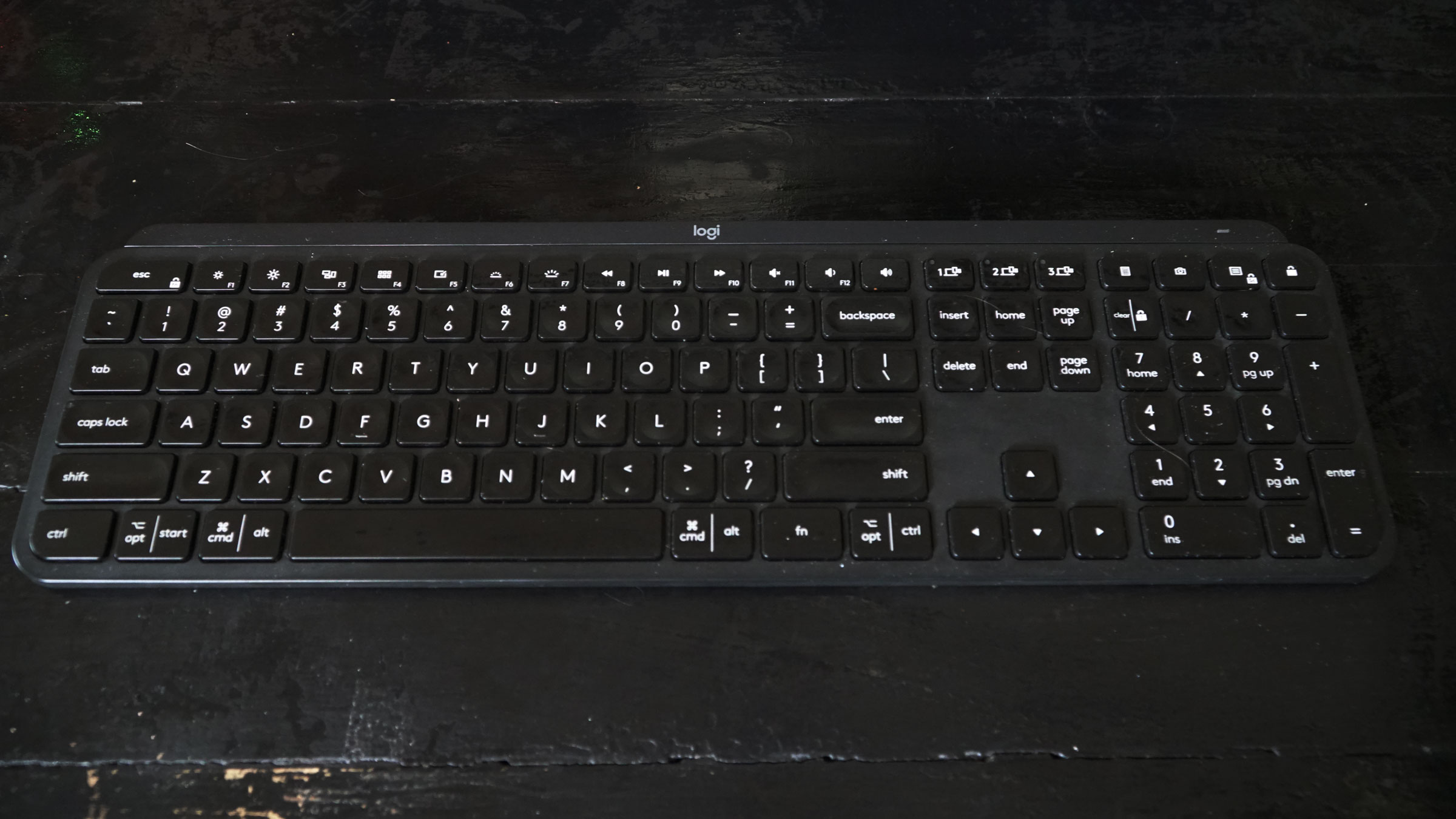 The extra heft and weight is nice, but it's the extra travel and tactility that puts it in a league of its own. I find myself searching for specifics in my usage patterns that warrants these qualities, but I think the plain fact is that unless you're all in for maximal minimalism, the MX Keys is better on any operating system. Writing prose, coding, playing games, all benefit from a bit more click. And Logitech's multi-device features are all but unique.

Shortcomings? Two spring to mind. There are no fold-out feet to angle it differently, (UPDATE: It does have them, they just use icons instead of text, so I mistook them for app-launching keys). Other than that, an absolutely flawless design.