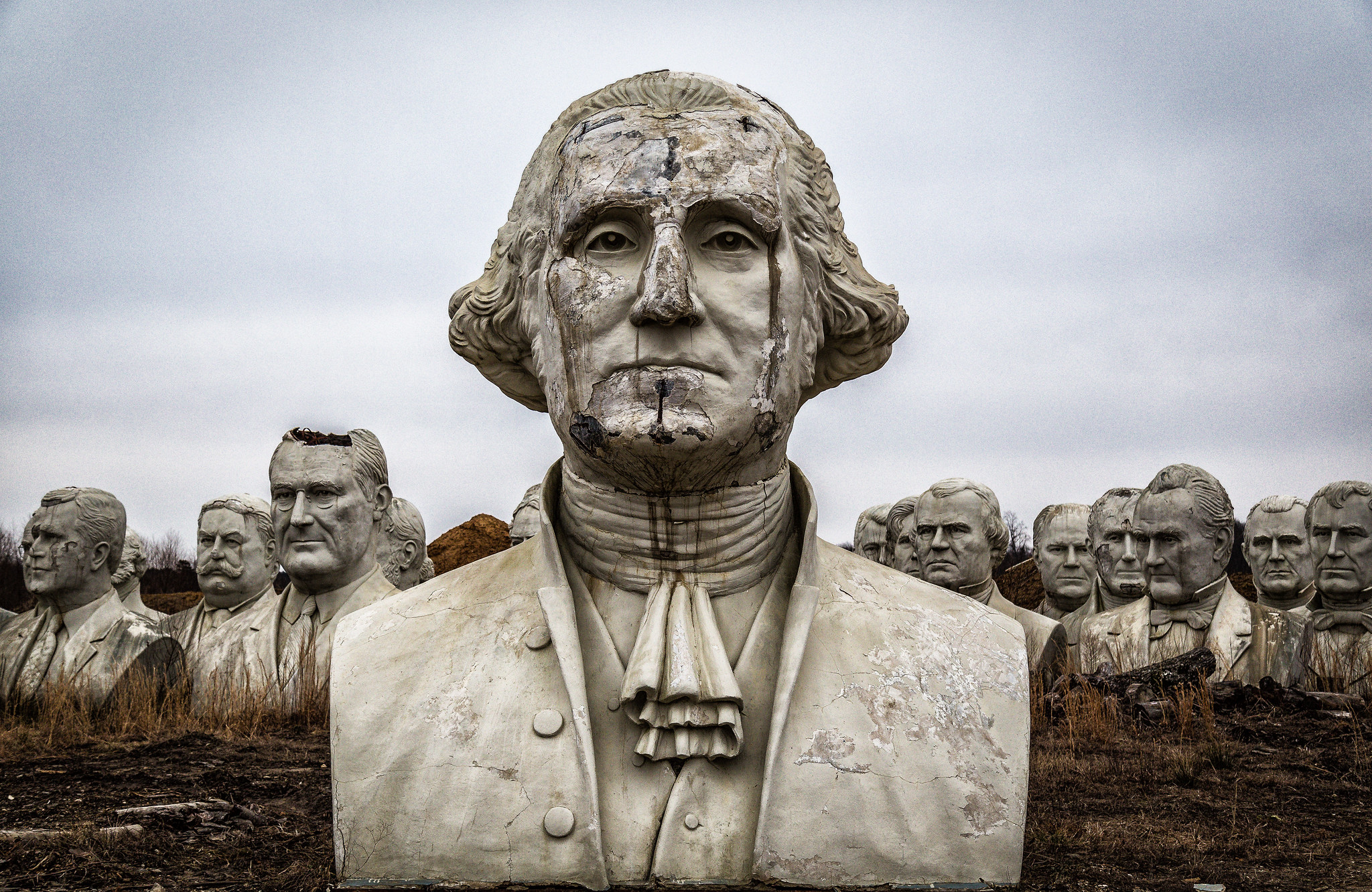 As long as statues of historical figures (and what to do with them) is at the forefront of our cultural conversation, there's this from Smithsonian Magazine:

The busts are all that remains of Virginia's Presidents Park, a now-defunct open-air museum where visitors could once walk among the presidential heads. Presidents Park first opened in nearby Williamsburg in 2004, the brainchild of local landowner Everette "Haley" Newman and Houston sculptor David Adickes, who was inspired to create the giant busts after driving past Mount Rushmore in South Dakota.

But their presidential visions soon (literally) went bust. The park, which cost about $10 million to create, went belly-up due to a lack of visitors in 2010. Doomed in part by location—it was hidden behind a motel and slightly too far away from colonial Williamsburg's tourist attractions, the park went into foreclosure.

But something had to happens to all those heads when the park closed down. And what follows is a fascinating look at preservation, in a cemetery-like field that's both sweetly patriotic and incredibly creepy.

After a year of enduring the unfortunate sight of a Melania Trump statue — a crude eyesore thought of by locals as a "disgrace" and likened to a "Smurfette", Melania's hometown of Sevnica, Slovenia, can finally breathe a sigh of relief. The wooden statue, carved with a chainsaw by artist Brad Downey, was set on […]

The last time a Frederick Douglass statue was vandalized in Rochester, it was because of drunk college kids

A statue of famed abolitionist Frederick Douglass in Rochester's Maplewood Park was vandalized on the anniversary of the "What to a slave is the Fourth of July?" speech that he gave in Rochester  in 1852. Given the current cultural conversation that the United States is having around statues and memorials that commemorate people who did […]