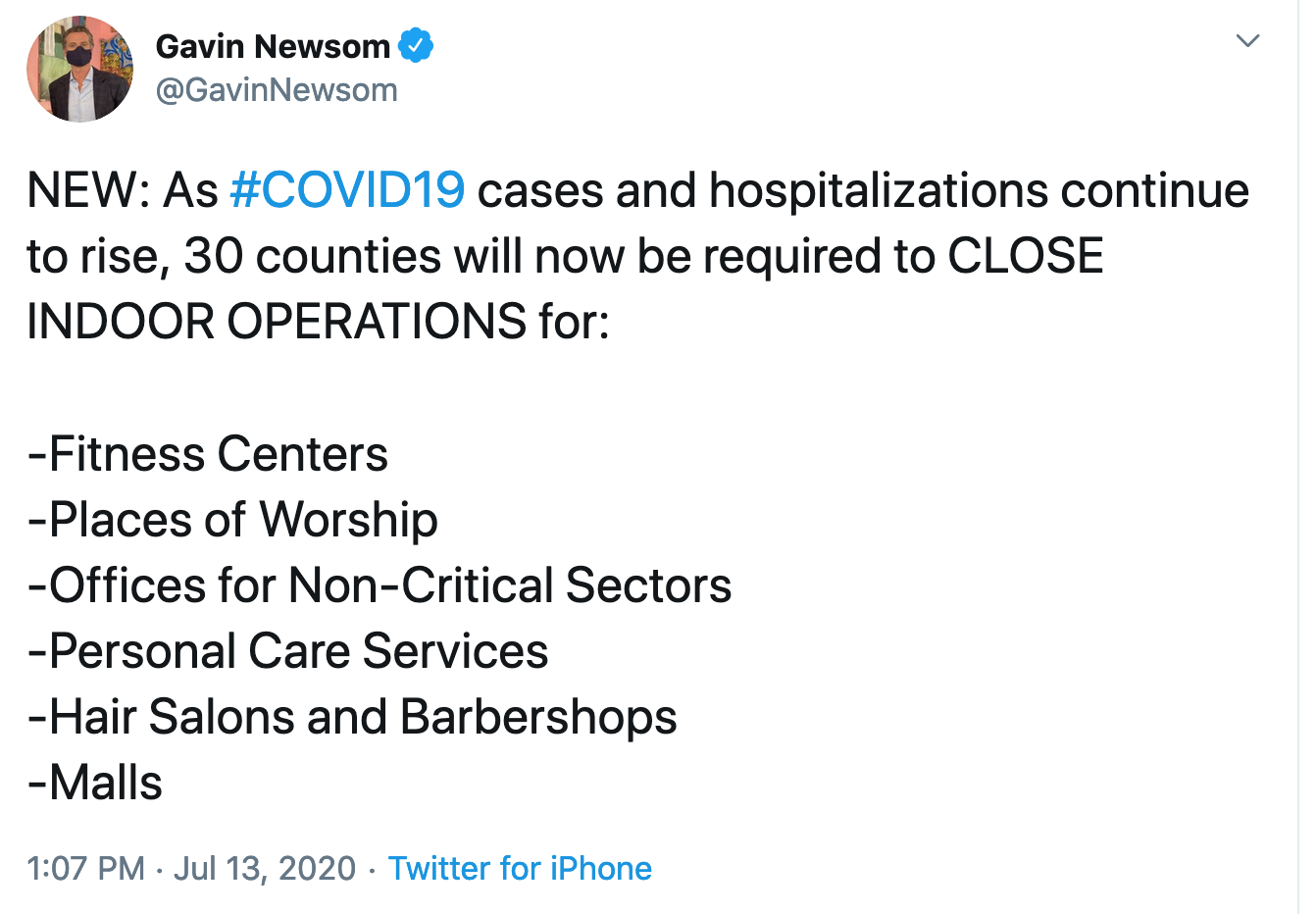 “We’re going back into modification mode of our original stay at home order,” governor Gavin Newsom said. “This continues to be a deadly disease.”

Bars must close ALL operations.

Gov. Gavin Newsom on Monday announced one of the most drastic rollback of any U.S. state’s reopening plans, and said he plans to close indoor operations statewide for restaurants, wineries, movie theaters, zoos and card rooms. Bars are going to have to close their operations, period.

Newsom says state officials repeatedly said California's reopening would be more like a “dimmer switch” than an on or off switch. From the New York Times:

And the governor said that in at least 30 of the hardest counties, business would be forced to close indoor operations for fitness centers, places of worship, non-critical offices, hair salons and barbershops and malls. Roughly 80 percent of the state’s population lives in the affected counties, Mr. Newsom said.

California was averaging more than 8,000 new cases a day as of Sunday, more than double what it was a month ago. The state has seen 331,626 cases, the second highest tally in the nation, and more than 7,000 deaths, according to a New York Times database.