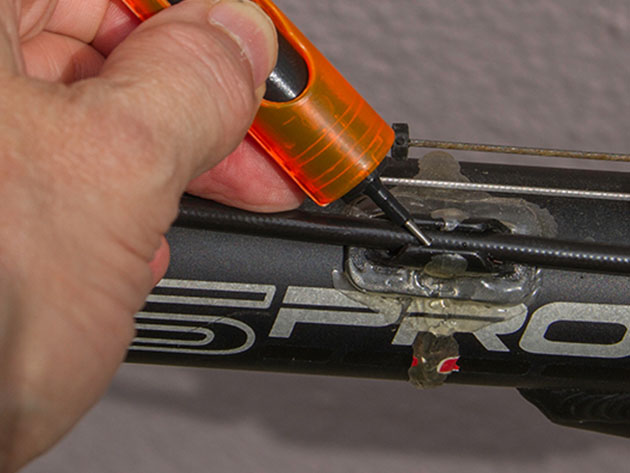 Unlike the unquestioned effectiveness of a solid strip of duct tape, you never quite know what you’re going to get when you try to repair something with glue, do you? Whether it's the material itself that you’re gluing or how much glue you apply or how long you let it sit before testing, there’s always a reasonable chance that your fix-it just...well, isn’t going to work out.

Then once you factor in splintering, missing pieces, or just uneven points to rejoin two pieces, it turns the entire gluing process into a real crapshoot.

The world has been screaming for a 21st-century evolution of glue for years. Now, it’s finally arrived in the form of Bondic, a truly groundbreaking new method for replacing glue with actual liquid plastic.

In fact, Bondic might actually have more in common with welding than it does with gluing. In its initial almost honey-like solvent free non-toxic formula form, Bondic is extremely pliable, allowing you to use it to either bind two pieces together or even to virtually resculpt a broken or missing piece.

Whether your pieces are plastic, wood, metal, PVC, steel, rubber, wiring, ceramic, vinyl, Kevlar, polypropylene, leather, or another substance, Bondic can fix what normally might have to be thrown away.

Once you’ve got your pieces together, then the true magic of Bondic is on full display. With a blast from the incorporated LED UV light, the once liquidy Bondic instantly hardens, creating a permanent bond that locks your pieces in place forever. Heat resistant and 100 percent waterproof, you can even sand and repaint a hardened Bondic surface so you’ll never be able to see the original break again.

This Bondic Pro Kit comes with a handheld applicator, the LED UV light, and two tubes of the wonder adhesive, ready for use. And unlike the glue that’s been in your junk drawer for years, Bondic never dries out, so unless you hit it with the UV light, it’ll be ready for action whenever you need a fast fix.

With this offer, you can get the complete Bondic Pro Kit at 45 percent off the regular price, just $21.99.