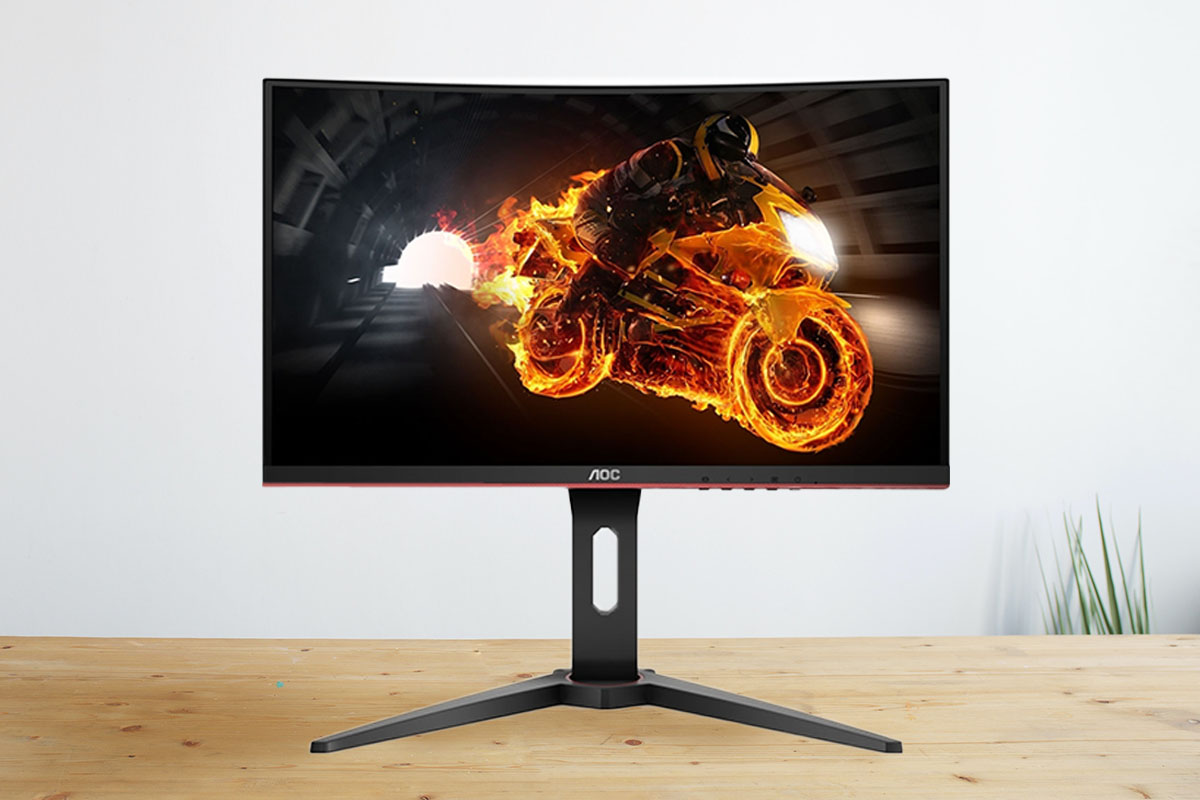 Maybe after four months, you’re finally getting tired of staring at that less-than-brilliant home computer monitor. Or maybe you really need to create your own dual-monitor configuration in your home office like the one back on your desk at work. Or maybe that 15-inch screen just isn’t doing it for you anymore and you need to step up.

Right now, five of the biggest names in computer monitors are offering up deals on 10 of their top models, each at savings of up to nearly $700. Hopefully, that’s enough incentive to finally pull the trigger on a brilliant new display. Trust us, your eyes will thank you.

You’ve really got to search to find a quality monitor for under $100, so AOC is dropping the price on their AOC 19.5" Monitor (Certified Refurbished; $79.99; originally $98) to under $80 just to get your attention. Of course, the crisp detailed images and bright vivid colors in HD 1600x900 resolution don’t hurt either. Plus, the screen offers both VGA and HDMI connections so you can watch HD video from virtually any device you own.

For more majestic viewing, the AOC 27" Monitor (Certified Refurbished; $134.99; originally $169) has virtually no outer edge for a more expanded screen view that displays even bigger than it appears. With 16.7 million colors to present brighter brights and deeper blacks, this monitor also features a built-in IPS (in-plane switching) panel that boosts your image and even increases the available viewing angles for any user.

While the edgeless display is great, you might also want to consider a curved screen experience, one that actually angles light to your eye differently while your eye moves less, which almost feels like surround viewing. The AOC 27" Curved LCD FreeSync Monitor (Certified Refurbished - $239.99; originally $499) has a 1800R curvature, which is calibrated for an improved immersive viewing experience from up to six feet away.

A monitor equipped to play back from almost any device you plug into it is worth its weight in gold -- which makes the HP EliteDisplay 21.5" Docking Monitor ($189.99; originally $269) a true gem. With nine integrated ports, the EliteDisplay is just that, an elite screen that also features four way-adjustability to get the tilt, height, swivel and pivot of the monitor just the way you like it.

In addition to that same maneuverability, the HP EliteDisplay 23.8" 16:9 IPS Sure View Monitor ($309.99; originally $364), also comes with an integrated privacy screen that literally dims the brightness of your screen and cuts down available viewing angles for sensitive content isn’t inadvertently spied by the wrong person.

Finally, the HP EliteOne 27" 4K LCD AiO Monitor ($399.99; originally $1,089) is a true first for Hewlett Packard -- a standalone monitor that can actually serve as a replacement or upgrade for an all-in-one computer, in this case, the HP EliteOne 1000 AiO. Of course, the sterling 4K display in exquisite 3840x2160 resolution is a nice feature too.

Playing your console gaming system anywhere but your living room is problematic to say the least. However, that won’t be such a problem with the SunFounder 13.3'' IPS Display Screen ($134.99; originally $149). This portable screen -- just over half an inch thick -- has full HDMI support so it’s perfect to hook up a PS4 or XBox360 anywhere you want to play. It also makes a perfect display screen for all the most popular microcomputers like the Raspberry Pi.

Nowadays, it isn’t always easy to spot where a monitor stops and a big screen TV begins. That line gets even blurrier around the Philips Momentum 43" LED 4K UHD Monitor (Certified Refurbished; $649.99; originally $999) — but that’s the only thing blurry here. The UltraClear 4K UHD 3840x2160 resolution delivers extremely detailed images, Adaptive-Sync technology for fluid, artifact-free performance at virtually any framerate; and Quantum Dot Tech for a more dynamic range and natural palette of colors in your picture.

From ginormous back to portable...but if you want a second screen on your laptop, that’s what you need. And the Mobile Pixels Duex Pro Portable Dual Monitor ($179.35) comes through, a portable 1080p monitor that attaches to the back of your laptop then connects and slides out for a true dual-screen experience. The Duex even flips around 180 degrees as a full-service presentation mode.