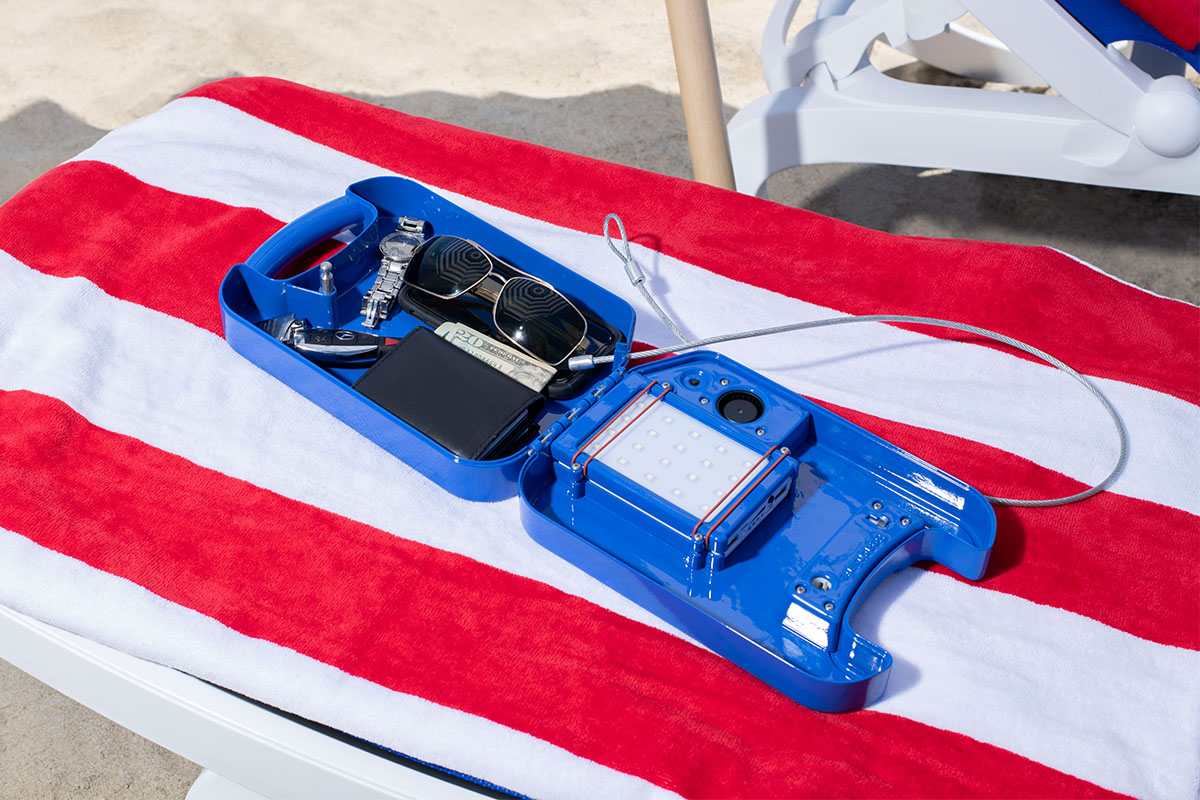 It’s one of those eternal questions — what do you do with your valuables when you go to the beach or take a swim in a public pool? You can’t take your phone in the water with you. Your wallet, sunglasses, keys and other assorted EDC items probably shouldn’t be getting wet either.

Of course, leaving your phone and wallet lying on a beach towel is a recipe for disaster — or at least, it’s a very easy payday for an enterprising thief. You could always try to hide them under a blanket or wrap them up in your clothes, but overall, there aren’t a lot of good solutions.

That’s the thinking that brought the Beachsafe Valuable Storage and Phone Cooling Kit to life.

Made from durable, water-resistant ABS plastic, the Beachsafe has a spacious compartment inside, fully equipped to hold all those items you want to be protected from theft or the elements. With enough room to store all those valuables, all you have to do once you fill it up is snap it closed. Armed with a high-quality, commercial-grade, four-digit reprogrammable lock, nobody but you will have access to your stuff.

And just to make sure no one walks off with your Beachsafe, it’s also packing a stainless steel securing cable that can be locked to a bike rack, fence, beach chair, or other stationary objects to assure your loaded Beachsafe is still there when you get back.

While that would normally offer enough value, the Beachsafe has the extra versatility of two USB ports and a built-in battery pack, so you can plug in up to two phones at once and stay fully charged, even when they’re chilling in the Beachsafe.

And we do mean chilling...because to protect against overheat, the Beachsafe also has a built-in cooling fan that keeps phones and other heat-sensitive devices from getting too hot to handle safely.

Available in ocean blue, oh so orange, sunshine yellow, and lime green, you can now get a Beachsafe Valuable Storage and Phone Cooling Kit at $10 off the regular price, just $69.99.