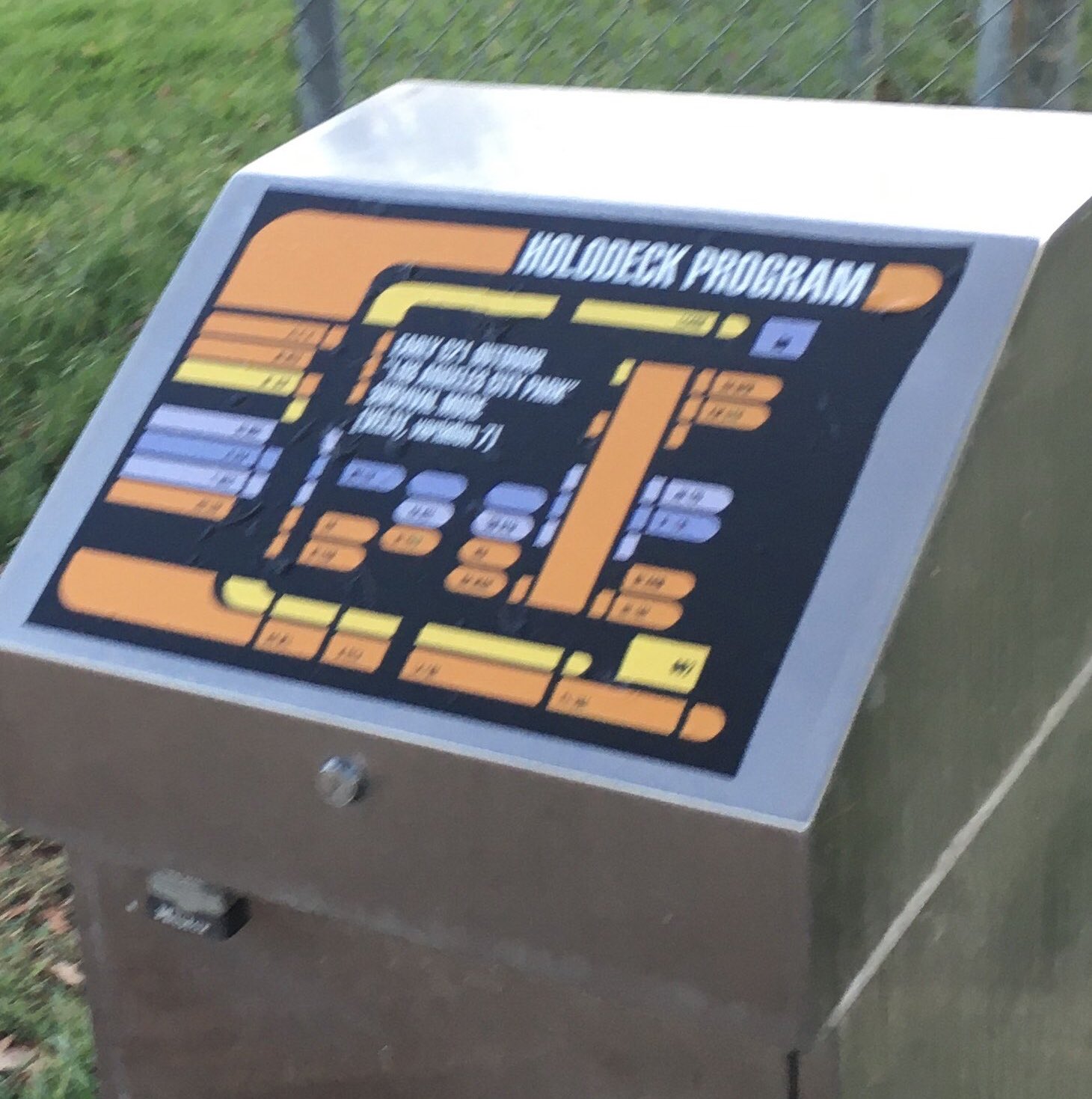 Gotta love this little prank hack that Jeremy Yoder spotted on his run through the park a couple of days ago. Someone has turned an outdoor utility enclosure into a Star Trek Holodeck interface.

Too bad the images are blurry. In case you can't read the "screen," it says:

Spotted something odd on my run through the park tonight and ... I guess I have good news and bad news pic.twitter.com/kPQ8goygfW

Update: According this this Tweet (from an account that appears to no longer be there), this guy takes responsibility for putting these signs in the park.