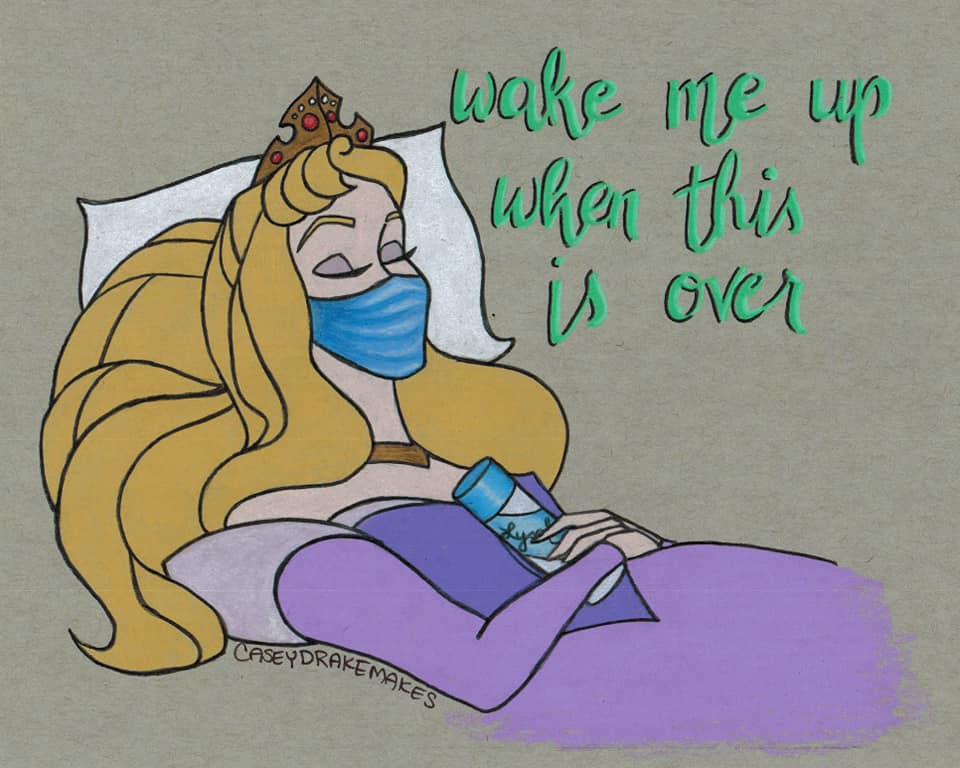 You can purchase 'Wake me up when this is over' and 'Social Distancing,' shown above, on CASEYDRAKEMAKES, and follow the Florida artist and mom's work on Twitter, Instagram, and Facebook. She's doing some very cool YouTube videos that show her creative process, too -- in large scale chalk drawings on pavement.