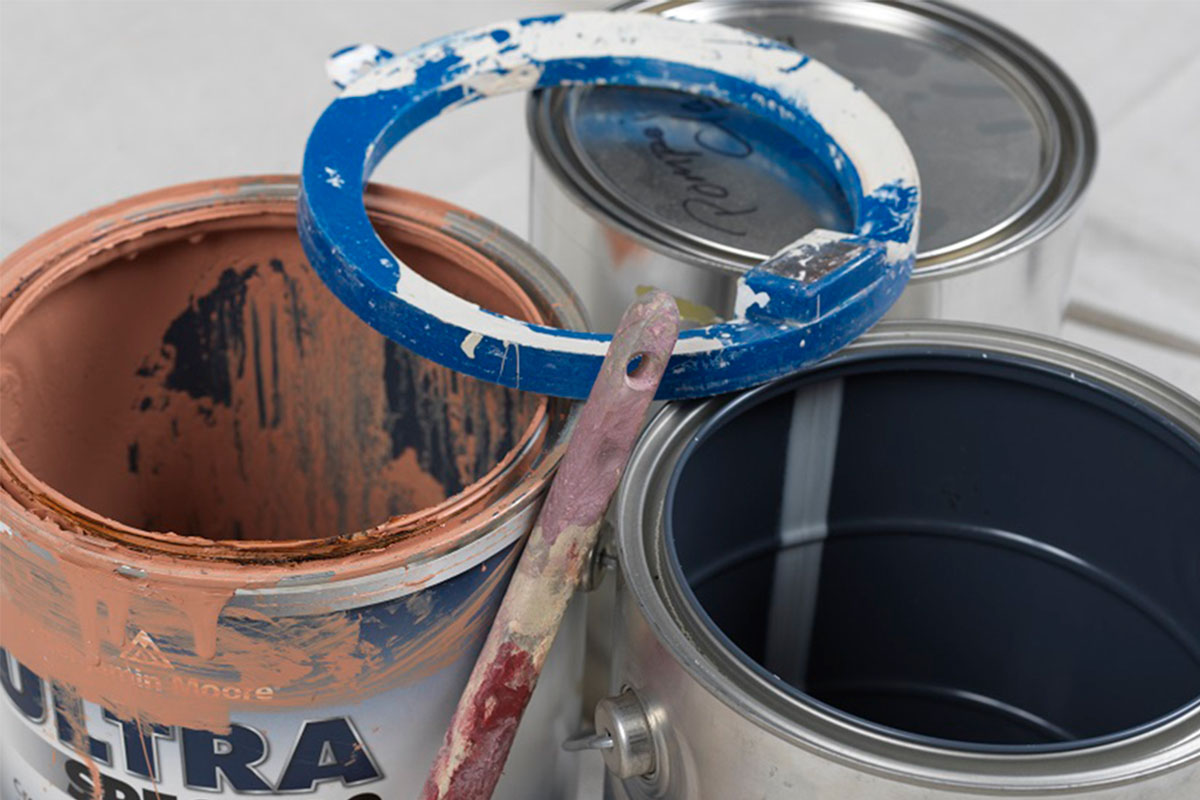 We've all dealt with paint cans — and keeping all those metal buckets full of sloshing paint from turning into a giant mess is pretty close to impossible. But you stand a better chance of finishing your project without the entire room looking like a Jackson Pollock painting with the help of the ingeniously simple Grip Drips Paint Can Rim Cover.

The Grip Drips is a low-density polyethylene ring that easily slips over the rim of any standard open U.S. one gallon paint can.

The ring's primary job is a simple one, keeping the rim of the can from filling with paint. That protection not only helps keep paint from dripping around the edges of the can, but more importantly, maintains a clean-edged seal when the lid is replaced, ensuring your paint remains fresh, secure, and untainted until the can is reopened.

With the Grip Drips in place, you can get a better handle on a full can while still being able to easily pour paint from the can into a pan or use it as a firm edge to help scrape excess paint off your brush.

And while figuring out where to set your brush down always turns into an issue when it's loaded with paint, the Grip Drips also features a magnetic brush holder that snaps on and holds your brush in place for a moment without leaving a mess behind.

Once you're done painting, the Grip Drips slips right off and the acetone-free ring can be washed with simple soap and water so it's always ready for your next painting project.

Right now, you can save $1 off a two-pack of Grip Drips Paint Can Rim Covers with this offer, on sale for only $17.99.