Namibian desert Hotrod ants have evolved to tiptoe around to avoid baking to death in the unrelenting sun. But other dangers lurk, like these terrifying real-life sarlacc pits created by antlions. Read the rest 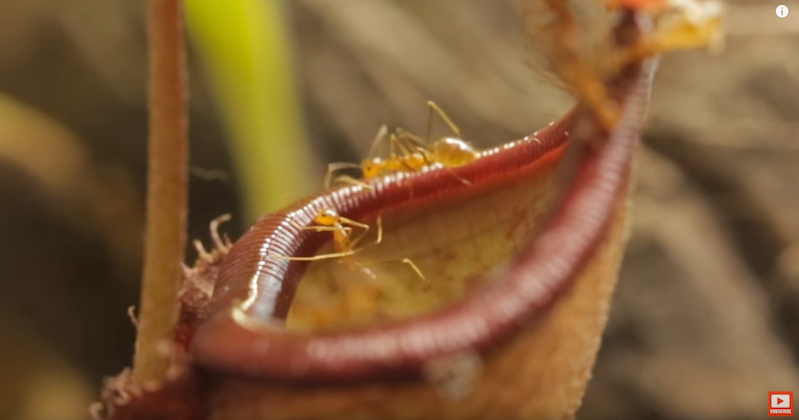 AntsCanada (previously) has an overpopulation problem in his yellow crazy ant colony, so he added two kinds of carnivorous pitcher plants. The resulting relationship between ant versus plant turned out to be quite fascinating. Read the rest

I also originally found this as a GIF. Thanks to theortolan for Submitterating the video! [Video Link] Read the rest